VP Kamala Harris didn’t rip Nina Simone‘s family from her estate, as the late singer’s kin claim … at least according to a business associate of Nina’s, who claims Kamala was ensuring Nina’s vision for her trust was realized.

According to Nina’s will, obtained by this publication, Nina put the bulk of her estate assets into a charitable trust to benefit the musical education of Black African children from Ghana, Liberia and South Africa.

The docs show Nina named South African singer Miriam Makeba as the trustee, and if Miriam was unable to act as trustee, MM could appoint a successor to continue to run the trust for the benefit of Black African children. 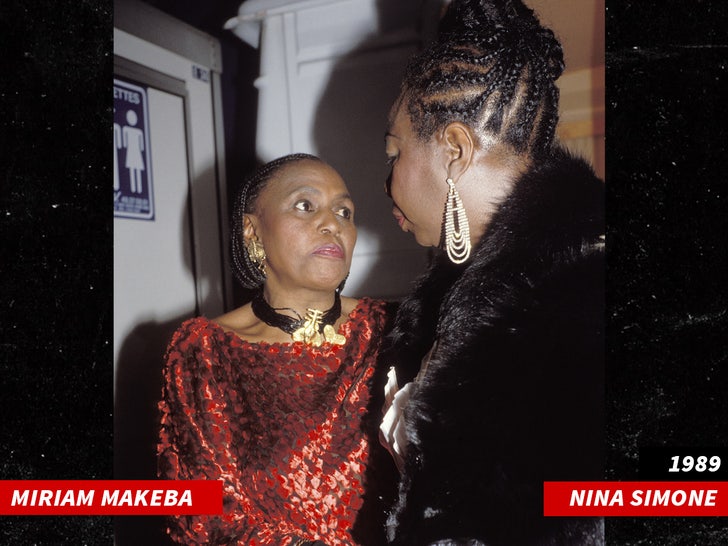 As you know … Nina died in 2003, and Lisa was ultimately put in charge of her estate and trust. Later, in 2013, she was accused of misappropriating funds tied to the charitable trust.

That’s when AG Harris and her office got involved. In the end, they reached a settlement where Lisa relinquished the rights to Nina’s work and stepped away from the role.

While Nina’s descendants are ticked off, the way the icon’s business associate sees it … Kamala played it by the letter of Simone’s will, and carried out her very clear wishes.

Nina’s granddaughter here. My family doesn’t run her estate anymore. It was taken away from us & given to white people. Our family name was DRAGGED in the media. We get NO royalties, nothing. Wanna hold someone accountable?Ask Kamala Harris why she came for my family #NinaSimone https://t.co/mMXOz7iLxn

Bottom line … the associate says any anger directed at Kamala — from Nina’s family members or fans — is misplaced.