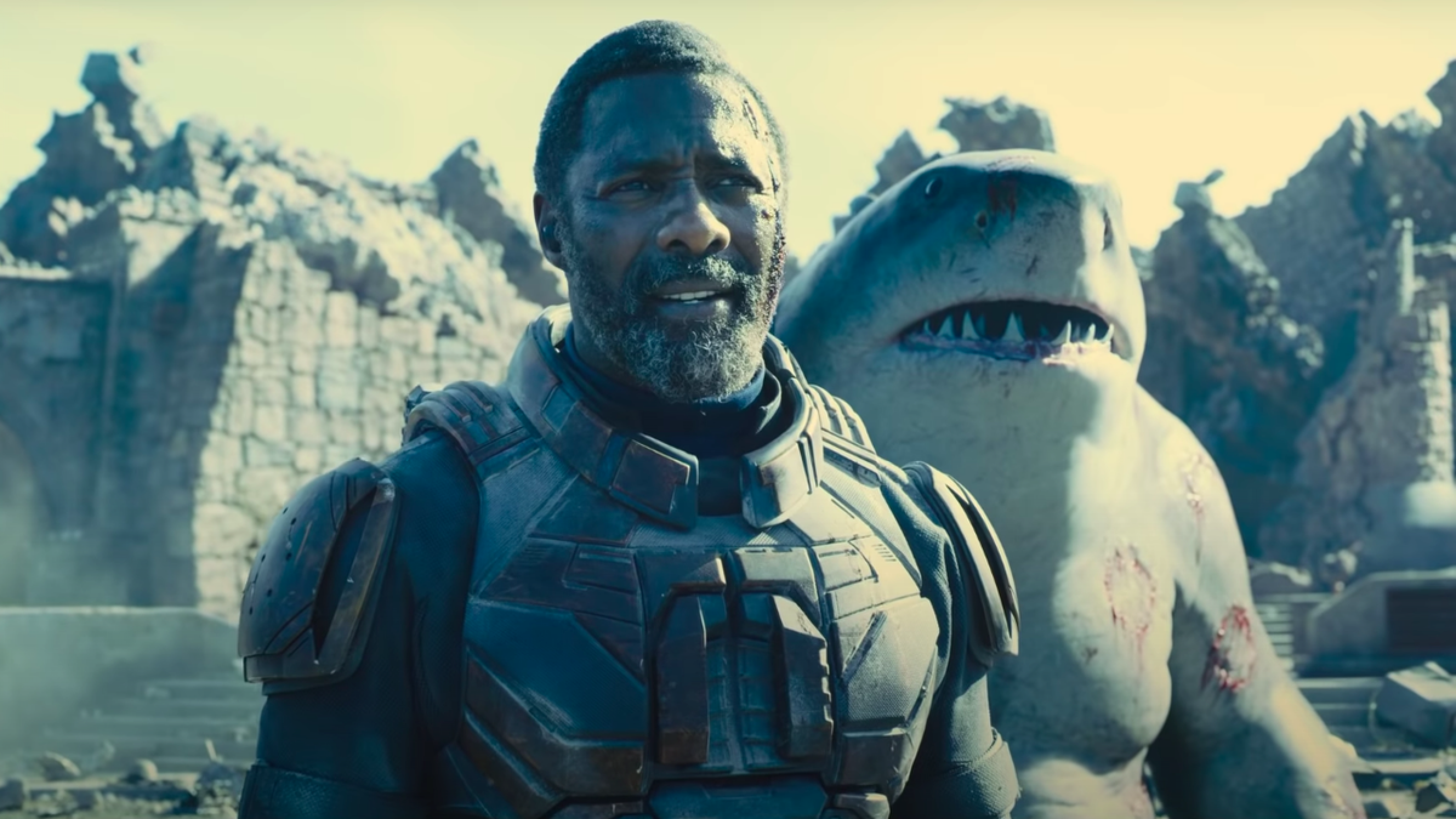 What binds each incarnation of the Suicide Squad together? The tiny bombs Amanda Waller implants in each member’s head to ensure that they don’t run away and escape while embarking on whatever insane missions she’s concocted for them. Longtimers like Harley Quinn and Rick Flagg might wax poetic and say that it’s the experiences that bond them together, but that’s not true. It’s the bombs.

However, you’ll have to do some searching to actually get a look at all that in action. Warner Bros. has yet to fully release the new look at director James Gunn’s DC Comics movie, outside of launching it as a pre-roll advert for Youtube videos. So, you can either instinctively skip around Youtube videos and not hit the ‘Skip Ad’ button, or, for now, you can read our description of the trailer below or check out the handful of screenshots provided to press. It’s unclear why the studio’s made it something of a challenge to watch the trailer,but we’ll update this post as and when the promo actually becomes more readily available.

In the newest trailer for The Suicide Squad, Bloodsport (Idris Elba) takes the center stage as the newest recruit who Waller (Viola Davis) keeps an eye on after he successfully shoots Superman with a Kryptonite bullet—the sort of feat that one imagines Deadshot might roll his eye at if he were part of this film. After detailing the many ways that Bloodsport more or less functions as a substitute Deadshot within the new movie, the trailer features a handful of new scenes from the Squad’s time in Corto Maltese, where they’ve been sent to destroy a dangerous weapon Waller doesn’t want to fall into the wrong hands. In addition to Bloodsport’s sharpshooting, and King Shark’s mauling people, the new trailer also gives a better look at one of Harley Quinn’s more whimsical fight sequences, which reads visually more like a fantasy than reality.

Even now, The Suicide Squad’s ads don’t particularly say all that much about the movie’s plot or what sort of character moments might stand out, but it does give off the impression that a not-insignificant amount of its sense of humor is less “twisted” and more straight-up silly. It’ll be interesting to see if The Suicide Squad’s investment in dick and butt jokes ends up complimenting its moments of gore and mayhem when it hits theaters and HBO Max on August 6.