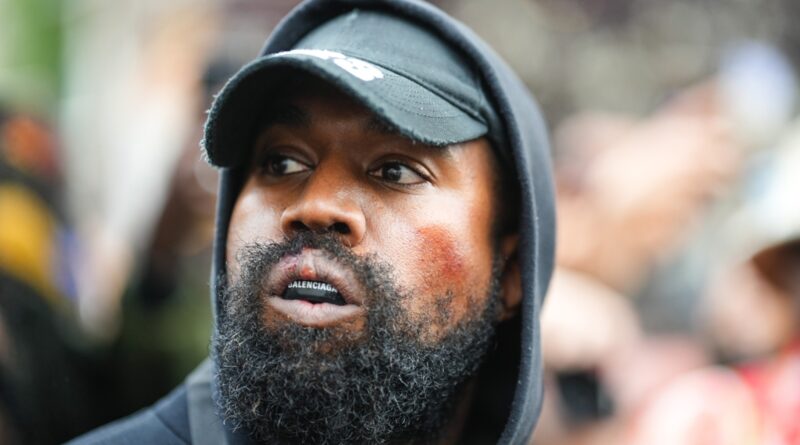 The runway presentation marked the rapper’s first-ever turn as a model.

Who bridge the gap between The Gap and Balenciaga? Kanye West opened Balenciaga’s Summer ’23 fashion show during Paris Fashion Week on Sunday (Oct. 2).

The rapper — who was the first model to hit the dystopian-themed runway — made his debut by tromping through the mud in a ready-to-wear black hoodie worn over a Balenciaga baseball cap of the same shade. His look also included an oversized security jacket, baggy leather moto jeans and a Balenciaga-branded mouth guard.

The runway presentation marked Ye’s first time ever walking the runway for a major fashion house despite years of name-dropping luxury brands in his lyrics and designing his own Yeezy line as well as collections with Gap and Adidas. Balenciaga also enlisted the mogul’s ex-wife Kim Kardashian for another show in Paris just three months ago, where the SKIMS founder modeled alongside the likes of Dua Lipa, Nicole Kidman, Naomi Campbell and Bella Hadid for the label’s couture collection.

In a September interview with Good Morning America, West publicly apologized to The Kardashians star for causing her “any stress” since their split and her subsequent romance with Pete Davidson. He also opened up during the sit-down about his deal with Gap hitting the skids and revealed he plans to launch another bid for the White House following the ill-fated 2020 presidential campaign that strained his once-close friendship with pal John Legend.

In other news, the Donda 2 rapper continues to move forward with his plans for the recently opened Donda Academy in Simi Valley, Calif., despite his recent admission that he hasn’t “read any book.”

Get a look at Kanye’s modeling debut for Balenciaga below.