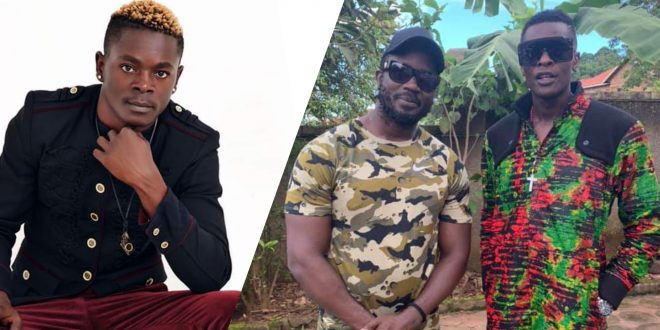 Sala Puleesa hit maker King Saha is currently feeling a lot of jealousy after his role model; Jose Chameleone meeting Bebe Cool with whom he was at logger heads. Sources have told EJazz Media.

It wasn’t food for King Saha, after Jose Chameleone and Bebe Cool met today on Chameleone’s birthday following a series of social media attacks King Saha had on Bebe Cool.

King Saha recently attacked Bebe Cool in several posts where he insulted him and abused him.

Saha went ahead and called Bebe Cool a tax collector alleging that he was fond of begging from government.

This however started when Bebe Cool; though his annual list of best performers among artists advised King Saha to stop doing drugs as they would ruin his career.