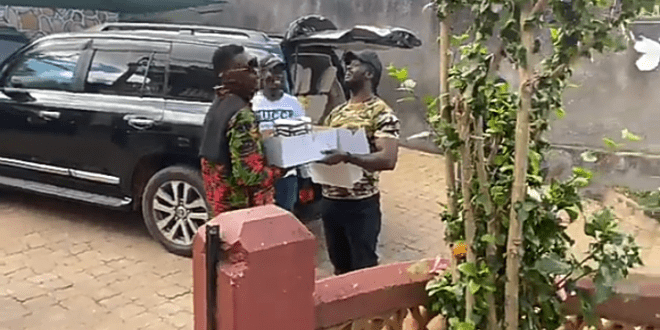 Chameleone who was at his home celebrating his 42nd birthday was taken by surprise seeing Bebe’s car getting into his home.

Bebe Cool presented hisbbirthday cake he had brought to the Baliwa hit-maker before they went in for a lengthy chat.

In their conversation, Bebe Cool revealed that his prayer was for the two to age together as friends, a vision he advised young artists to pickup.

The two have been having an on and off relationship since they started out together in the entertainment industry.