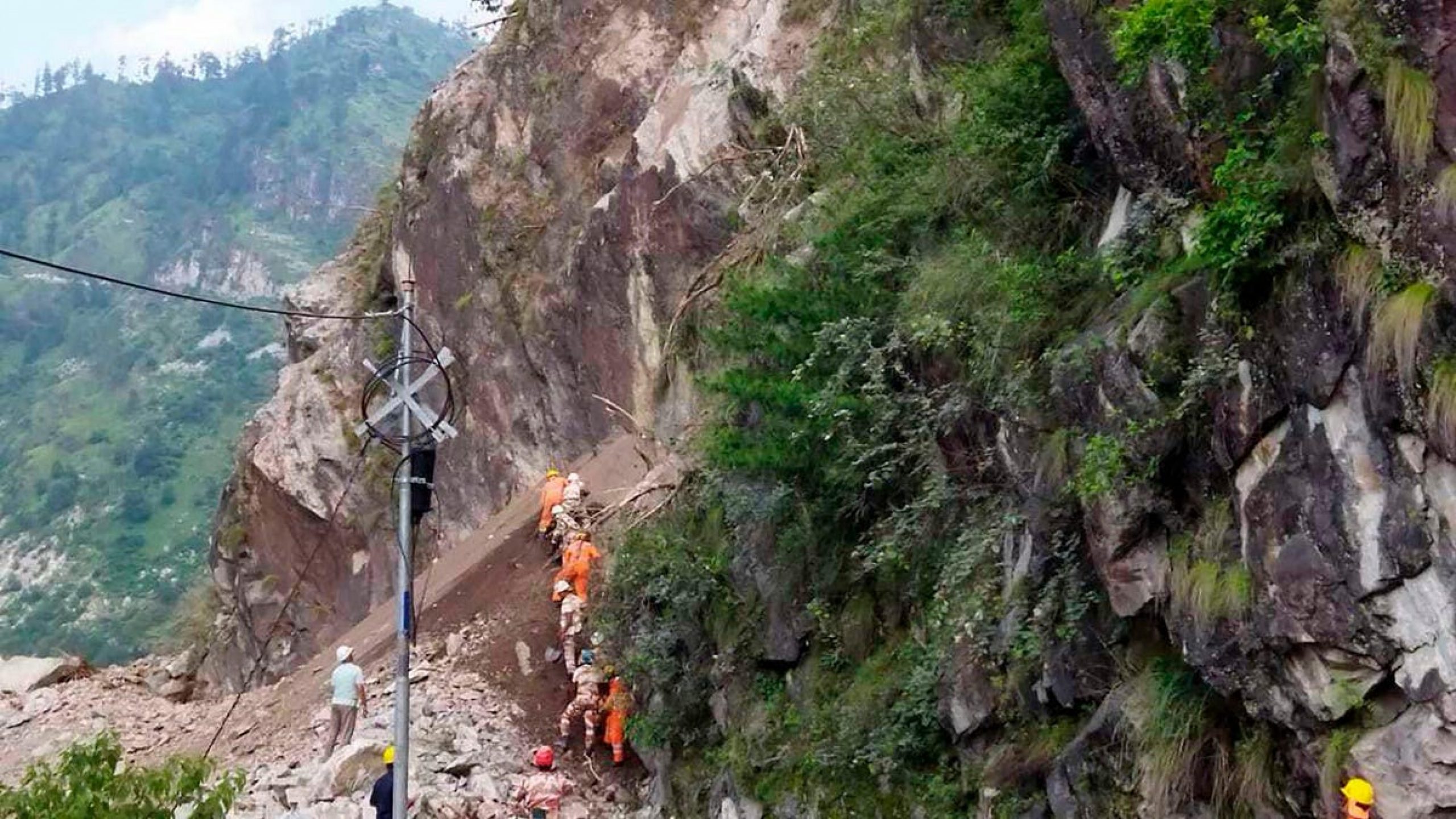 At least 13 people are dead, 14 are injured and more than 40 could still be trapped in the debris after a landslide slammed into a highway in northern India Wednesday.

The landslide, which happened in the Kinnaur district in the state of Himachal Pradesh, caused boulders, dirt, and other debris to roll down a hillside and tumble onto the highway, blocking more than 490 feet (150 meters) of the highway and crushing a bus, a truck and two passenger cars. Eight of the casualties were passengers in the same SUV; the bodies of the truck driver and another person were also recovered. The casualties include one child, local media reported.

Photos posted to social media show emergency workers scrambling down deep rock faces to try and recover survivors and bodies. On Thursday, hundreds of emergency personnel from India’s National Disaster Response Force and other agencies were still working at the site to rescue survivors. Officials said they were still trying to reach the bus holding what they believe are 16 people still trapped in the rubble. Local outlets reported that rescue operations were still being hampered by falling rocks and boulders rolling down hills near the disaster site.

“The landslide tragedy at Kinnaur is very saddening,” Prime Minister Narendra Modi tweeted on Wednesday. “In this hour of grief, my thoughts are with the families of those who lost their lives. May the injured recover at the earliest. Rescue operations are underway and everything possible is being done to assist those still trapped.”

Heavy rainfall in India this summer has triggered landslides and mudslides around the country, some of them deadly. In late July, more than 130 people died after heavy mudslides devastated the state of Maharashtra. The state had seen some of the heaviest rain in four decades during the last week of the month.

It’s monsoon season in India, which usually brings heavy rains like these as well as the subsequent mudslides and landslides. However, climate change could be supercharging these storms, since warmer air holds more moisture. A paper published in June surveyed the past million years of monsoon data in South Asia to create models that predict climate change will make rains heavier and more dangerous.