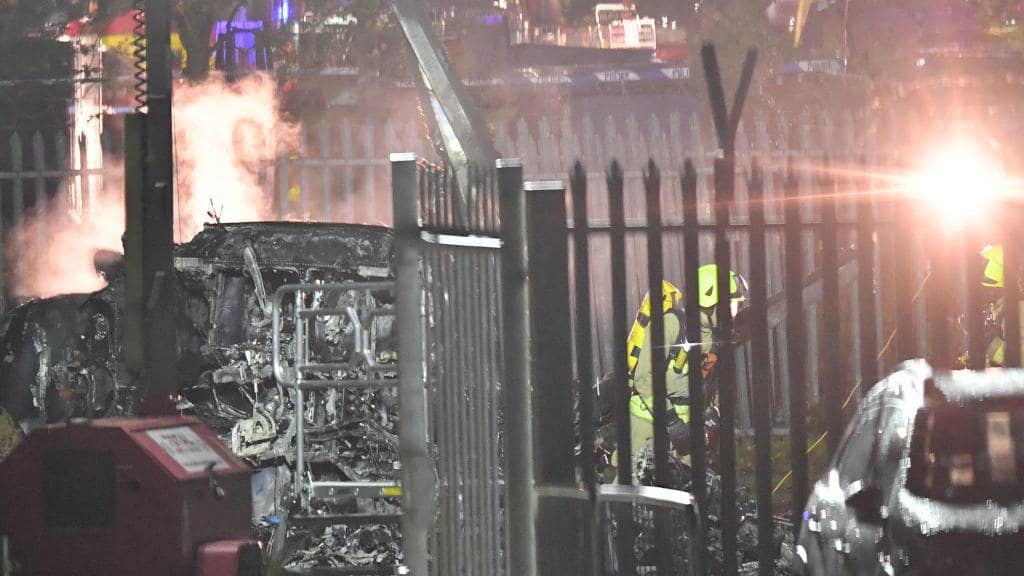 THE helicopter of Leicester City owner Vichai Srivaddhanaprabha has crashed outside the King Power Stadium after the Premier League game against West Ham.

The incident occurred in the club’s car park, where police cars and emergency services rushed towards an area where flames were clearly visible before the area was evacuated.

Freelance photographer Ryan Brown, who was covering the game, told BBC Radio 5 Live he saw the helicopter rise out of the stadium before it crashed.

“Literally the engine stopped and I turned around, and it made a bit of a whirring noise. It turned silent, blades started spinning and then there was a big bang,” he said.

He said he saw “a huge fireball” when he ran to the scene.

“We are dealing with an incident in the vicinity of the King Power Stadium. Emergency services are aware and dealing,” Leicestershire Police tweeted.

Srivaddhanaprabha routinely leaves the stadium in his helicopter, which lands in the centre circle on the pitch, after every Leicester home game.

However his son Aiyawatt was believed to be in Thailand and did not attend yesterday’s game.

It is not yet known who was in the helicopter.

Leicestershire Police confirmed emergency services were dealing with an incident near the King Power Stadium but have not provided any further details.

According the The Sun, Leicester City goalkeeper Kasper Schmeichel was among those seen in tears outside the stadium as fire crews doused the flames.

The wife of England and Leicester City legend Peter Shilton was among the eye-witnesses who saw the horror unfold.

Stephanie Shilton, 50, said: “We are both in shock on our way home. It happened straight in front of us as we were leaving the ground.