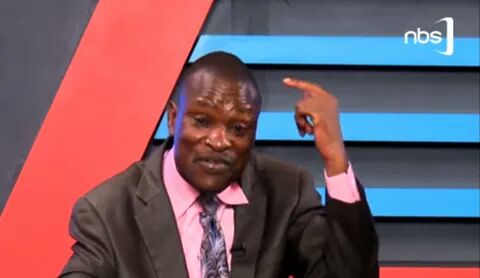 Political analyst Tamale Mirundi has come out to trash efforts by a section of the public to support 7-Year old rapper Fresh Kid as he grows his career.

According to Mirundi, Fresh Kid should leave music and concentrate in books as what he is doing now is not sustainable.

According to Mirundi Fresh Kid has no talent because the songs are written for him. “Let’s Close him up in a room if he writes anything, I’ll give him 1Million Uganda Shillings” he says.

“When God gives you a chance to go to Parliament He doesn’t change your head” he took a swipe at MP Mbwatekamwa who promised to sponsor the kid saying the MP.

Tamale argues that Nakiwala Was concerned as a mother and that the people using Fresh Kid are just taking advantage of the situation of his parents who are not financially stable.

“If you train my kid boxing from school and you call me that he boxed a teacher, I ask you why did you train him” Tamale Says.

He also adds that the kid has been introduced to hatred through the kind of music he sings which is not good at all.