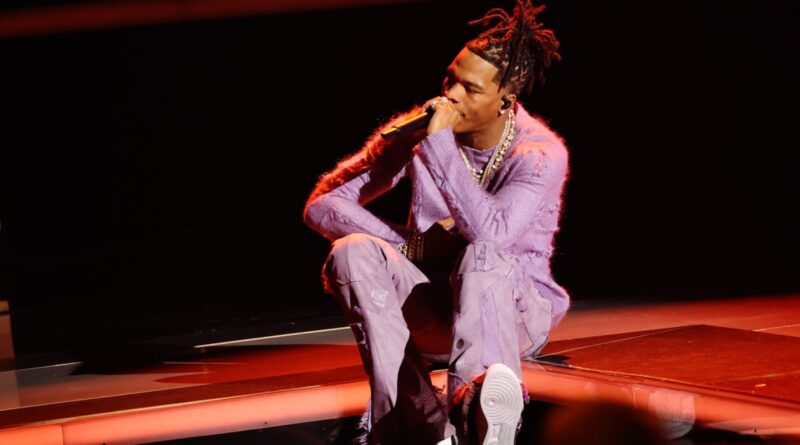 The rapper stripped things back during the awards show.

Forget backup dancers and bombastic stage elements — Lil Baby appeared at the 2022 AMAs on Sunday (Nov. 20) and proved that his star power is all he needs to light up a stage and keep viewers engaged.

The rapper went the introspective route to spit not one but two tracks from his recently released album It’s Only Me: “In a Minute” and “California Breeze.” The performance kicked off with the former and saw Baby with sparse accompaniment on stage — just four musicians on drums, keys and guitar — plus introspective blue lights and smoke to evoke the moodier, stripped back vibe. When “Breeze” rolled in, the blue light was swapped for red light, and Baby lied on his back and reflected on all the hard work he still wants to put in: “Get my s–t together, feel like I done took two years off/ Bookin’ up my schedule, I ain’t rich enough to chill out.”

Lil Baby was nominated for one award at this year’s AMAs — the rapper earned a nod in the favorite male hip-hop artist category and was up against Drake, Future, Lil Durk and Kendrick Lamar. The award, which was not cast during the broadcast ceremony, was awarded to Lamar.