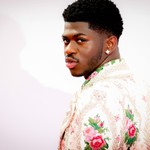 Is a Lil Nas X and Kid Cudi collab really on the way?

On Wednesday (Sept. 1), the 22-year-old rapper revealed the star-studded track list for his highly anticipated debut album Montero, which will feature collaborations with Megan Thee Stallion, Elton John, Jack Harlow, Doja Cat and Miley Cyrus. When one Twitter user called out the lack of Black male guest artists, LNX responded in his defense on Twitter, “Maybe a lot of them just don’t wanna work with me.”

Durand Bernarr, Breland and more Black male artists eagerly flooded his replies to assure him this wasn’t the case, and it looks like Cudder has his back, too. The Man on the Moon rapper reshared Lil Nas X’s explanation and wrote back to him, “N—a ill work w u and frolic in rose gardens w u singin about my pain,” while referencing the Garden of Eden-esque, SpongeBob SquarePants-inspired painting that’s being used as the album artwork.