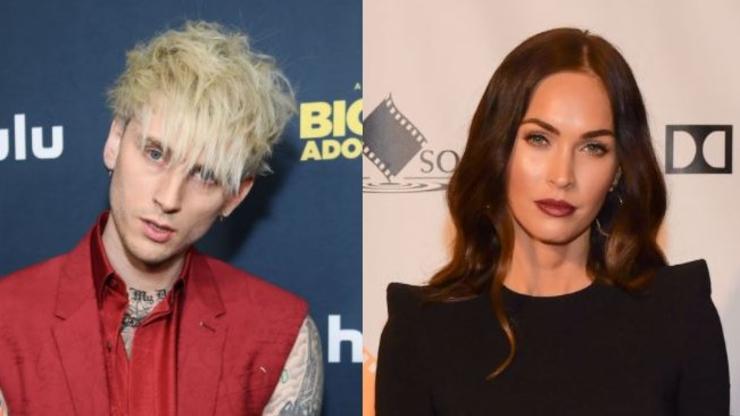 He also said he’s still not used to having paparazzi parked outside of his home since linking with Fox.

A romance that many wrote off as a rebound has spelled true love for Machine Gun Kelly. During the quarantine, the rapper went public with his relationship with actress Megan Fox after it was announced that she split from her husband of 10 years, actor Brian Austin Green. Some teased Machine Gun Kelly as Green hinted that he and his wife could possibly reunite in the future, but for the rapper, meeting Megan Fox was love at first sight.

In a recent interview with Howard Stern, MGK expounded on his love for Fox. “I didn’t know [love at first sight] until me and her made eye contact,” he said. “That’s when I was like, ‘Whoa.'” He added, “After I made… the big chunk of the album, I did fall in love for the first time. It was my first experience with being open to love and stuff like that. I definitely wasn’t set up to believe that that’s something that could ever exist.”

Machine Gun Kelly also said that if he and Megan ever tie the knot, best friend Pete Davidson would be his best man. One thing the rapper isn’t used to is the media attention and he’s still uncomfortable with being followed. “It’s kinda hard… my house isn’t gated, you know? So that’s the one problem. Everyone knows where my house is, so it’s like this odd moment, where I was kinda living my life super normal and the next day, there were paparazzi outside my house every day.”