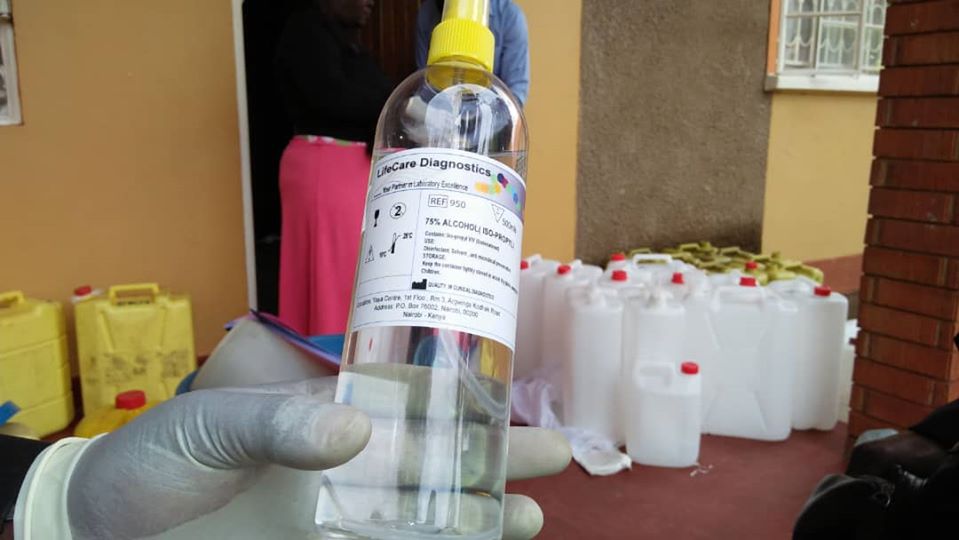 Police has today afternoon received information that one knight Stephen a resident of Nsambya Central Zone, Makindye Division, Kampala was making counterfeit disinfectants and sanitizer at his home.

“The suspect was arrested and he admits that he is not authorized to manufacture the said products.” the police spokesperson says.

Police further says that the suspect is currently detained at Katwe Police station and the holding charge is dealing in counterfeit products.

They add that National Drug Authority and Uganda National Bureau of standards have been brought on board as part of the team to investigate the matter.

Police appealed to the public to be on the lookout for counterfeit sanitizers further as well as to inform police of any illegal activities in their area.

This comes at a time when the public is on a lookout for sanitizers and masks amidst the COVID19 pandemic that has been confirmed in most of Uganda’s neighbours.