Musician Jose Chameleon has come out to respond to Bebe Cook’s statement that he made at the Swangz All-star concert after being stoned and booed offstage.

According to Chameleone, Bebe Cool is a stupid man who doesn’t know when and what to say. He said this in an Instagram comment when a fan told him about what the Gagamel boss said. 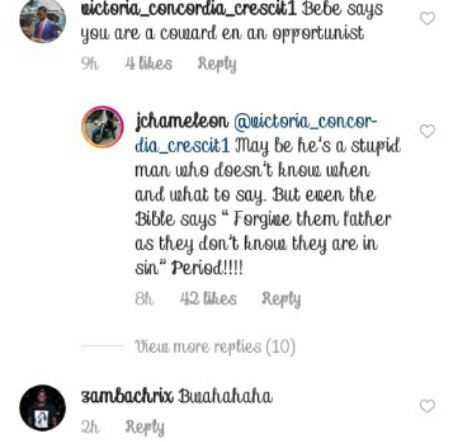 Bebe Cool is remembered to have referred Chameleone to a coward and opportunist regarding his decision to side with Bobi Wine’s people power.