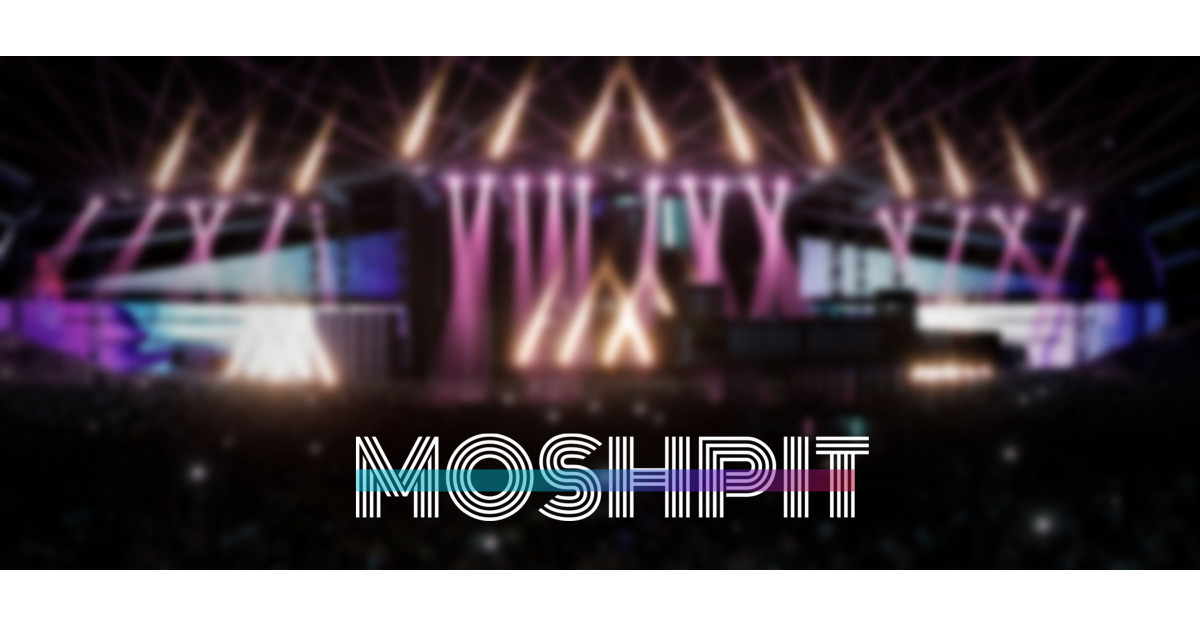 Moshpit’s co-founder Darryl Swann, a Grammy award-winning record producer, along with co-founder and CTO Ans Shabbir are driven to further define what a virtual concert is. This has been achieved by developing proprietary technical methods ranging from huge crowd counts to immersive audio and novel show-curation solution.

“A stage of unlimited opportunity to finally play in front of millions of cheering fans around the world.” – NKRIOT

“What I saw in Moshpit was a way to help push the creative node of one’s self and knew deep inside that there’s a place for everyone to be equal, respected and acknowledged for their talent. A stage of unlimited opportunity to finally play in front of millions of cheering fans around the world. Moshpit is the place, Moshpit is the future,” said NKRIOT.

When COVID hit, many record companies, booking agents and artists who were thriving via live concerts were quickly forced to adopt new ways to expose their artists due to the shutdown. The term “Virtual Concert” rapidly became a generic term to mean an artist performing with the audience in a different location, e.g., live-streaming or heavily curated super-star-only music experiences such as in Fortnite, Roblox, Sony, etc.

“We wanted our virtual concerts to feel like a ‘concert’ rather than a music video. From interactive crowd to lighting and pyro, it needed to have a grand concert feel to it.” – Ans Shabbir

The team at Moshpit has been marinating deeply and developing what it feels a virtual concert should look and feel like. “We wanted our virtual concerts to feel like a ‘concert’ rather than a music video. From interactive crowd to lighting and pyro, it needed to have a grand concert feel to it. Although real-time rendering technology has existed for more than two decades, it has not been pushed far enough for the purpose we wanted to use it for, so we manipulated it to fulfill our objectives. The standard pipeline for real-time characters would not support the huge character count we needed for Moshpit, so we developed a new character-rendering pipeline from the ground up to accommodate our vision,” says Shabbir.

Audio also plays a significant part in Moshpit. Reverberations and reflections of a loud concert are key to an immersive experience. “Historically speaking, audio has been treated as an afterthought as the visual aspects of media have always been well-served. The irony though is that audio can exist without video, but video without audio, or with poor audio, can be very offsetting,” says Swann.

In closing, this initial NKRIOT show marks the genesis of Moshpit’s rollout. Many novel technologies are understood to be revealed in upcoming concerts. Moshpit welcomes artists globally to connect for potential collaborations to further evolve what a virtual concert can be.