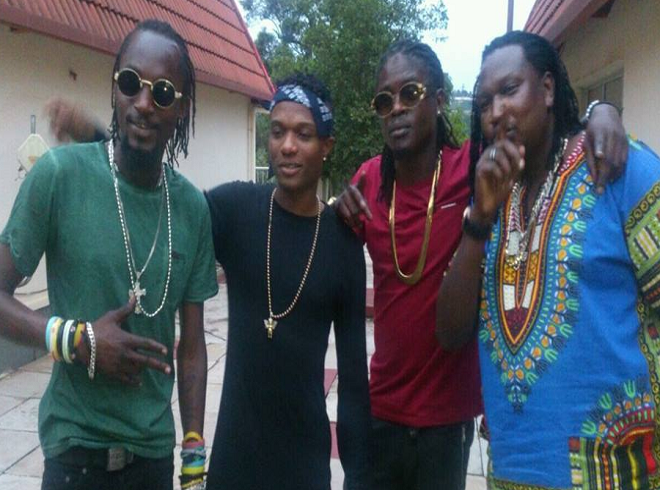 EJazz Ug has come to learn that one of the Goodlife managers is yet to be put into the coolers on allegations of embezzlement of funds!

According to the veteran crew manager Geoffrey  Chagga, his former workmate Emma Carlos is yet to be dragged to court for pocketing some of the crew’s money on unclear grounds.

“He signed a booking deal and never got the money to the accounts” Chagga says. According to a one promoter Brian based in Busia, he gave Emma Carlos 1.5 Million Uganda Shillings booking Weasel Manzo to perform in Busia, a deal that Chagga says the camp does not know about! He adds that Emma gave out a receipt in the name of Twinkle Star Agency; his own business instead of Goodlife.   It is on these grounds that Emma will be arrested.

However, in response, Emma Carlos revealed that its Chagga himself who told him that the Goodlife boys don’t give enough money and the only way to survive is through stealing it!

Emma Carlos was signed to Goodlife by Moze Radio to manage his other record label, Angel Music that was in its early stages.