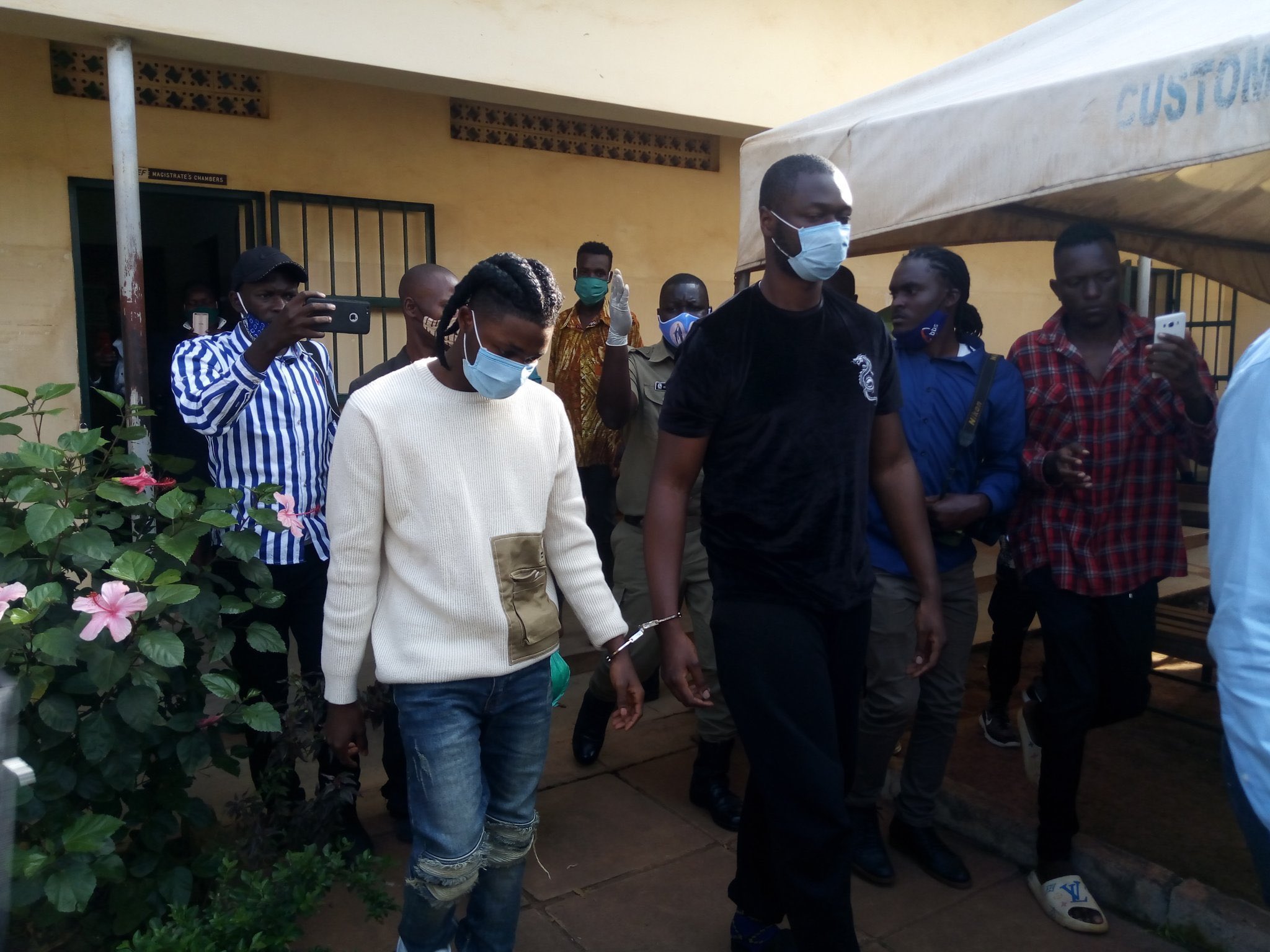 Nigerian Artistes Omah Lay and Terms have today afternoon been arraigned before court and had their charges read to them.

The Infinity and Try Me hit-makers were charged with engaging in activities likely to spread an infectious disease after they performed at a concert yet the current presidential directives about COVID-19 prohibit any concerts.

“The Nigerian trio of Stanley Omah Didia alias Omah Lay, Temilade Openyi alias Tems and Muyiwa Awomiyi have been charged to court in Makindye on charges of Negligently doing acts likely to spread an infectious diseases C/S 171 of the Penal Code Act. The earlier plans of releasing them on police bond, were suspended after their casefile was sanctioned by the Office of the DPP.
They were jointly charged with four other Ugandans. All remanded till Wednesday 16.12.2020.” Uganda Police spokesperson said.

This comes at a time when Uganda is set to host the MTV Africa Music Awards 2021 edition in which the two arrested artistes are nominees under the breakthrough act category together with Uganda’s John Blaq.

Minister for tourism, Hon.Godfrey Kiwanda said they chose to pay the Millions of US dollars to host the awards so as to promote the country’s tourism sector.

Several Nigerian artistes have come out to condemn the arrest of the too calling for their immediate release, among these are artistes like Burna Boy and Fireboy among others.