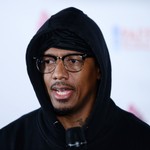 Cannon was in DaBaby’s shoes last summer after his anti-Semitic remarks during his Cannon’s Class podcast, which caused ViacomCBS to terminate its relationship with the Wild ‘n Out host. He later apologized to the Jewish community for his comments and announced he was taking a break from his radio show to allow for more “reflection and education,” and spoke with Rabbi Noam Marans of the American Jewish Committee for an hourlong educational Zoom conference, which was held a year ago on Aug. 10, 2020. In February of this year, ViacomCBS resumed its working relationship with Cannon following his apology and subsequent work educating himself and working with Jewish groups.

“He a fighter. We’ve seen his back against the wall. He’s swinging, he’s swinging just so he could get out of…. We all have to accept emotion,” Cannon continued. “To say ‘I’m sorry,’ that’s a self-proclamation. To apologize is an action. And to actually repent or atone is actually the next level because now you’re trying to understand, there’s education involved with that, there’s actually community involved with that. And that’s the other thing too, where I challenge all these people who actually want to cancel somebody, and even specifically in DaBaby’s situation, let’s use this as an opportunity for education. Because that’s what happened in my scenario.”

DaBaby has since been removed from seven music festivals and live performances following his homophobic tirade two weeks ago: Lollapalooza, Governors Ball, Austin City Limits, Day N Vegas, iHeartRadio Music Festival, Music Midtown Festival and a concert organized by Working Families Party. Fashion brand boohooMAN announced it was ending its 100-piece summer collaboration with the rapper, which launched in June. But Cannon doesn’t believe that was the best decision on the festivals’ part.

“I don’t agree with it. Just because it’s like, ‘What statement is that making other than you’re just following?’ It’s group think. It’s a mentality, it’s mob rule. Mob rule has never worked in any society, to where it’s like, ‘Oh well they did it! So we gotta do it,'” he explained. “Even when I watched my process, where people I rocked with was like, ‘Man, well, they did, so we gotta follow suit.’ … This is a moment where we should all gather around DaBaby and embrace him because if we can do that, watch how many mentalities will change in the hip-hop community.”

In the days following his controversial Rolling Loud Miami set, fellow artists T.I. and Boosie Badazz also came to DaBaby’s defense, while his “Levitating” collaborator Dua Lipa, Demi Lovato, Madonna, Elton John and Questlove clapped back at his misinformed comments by hitting him with the facts. About a dozen leading organizations in HIV/AIDS education, prevention and treatment penned an open letter to DaBaby requesting a private meeting to educate him.

Like Cannon, Miley Cyrus shared an educate-don’t-cancel message on her Instagram earlier this month. “It’s easier to cancel someone than to find forgiveness and compassion in ourselves or take the time to change hearts and minds,” she wrote, also tagging the rapper and inviting him to talk to her. “There’s no more room for division if we want to keep seeing progress! Knowledge is power!”

See Cannon speak on DaBaby around the 53-minute mark below.