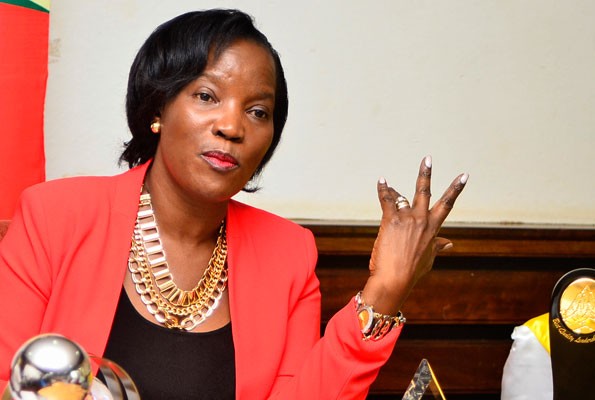 After several anticipations from the public about who will take on the big shoes of Kampala Capital City Authority(KCCA) Boss, outgoing Executive Director; Jennifer Ssemakula Musisi has come out to reveal who she has left her position to.

While speaking at a dinner onto which she hosted the media fraternity Jennifer had light moment small through as she appreciated the media for always supporting her works.

Among these was her response to the question “We know you are going but who are you leaving us to?”.

Jennifer Musisi tried to dodge the question but the inquisitive journalists could not let it slide.

She therefore responded to this saying “Jesus”, leaving everyone amazed.

She also continued to brag about how lengthy her list of achievements is that she could not exhaust it at the moment. For her unfinished work, Jennifer says she has left it on the table among the to-do tasks and hopes the team she has left in office together with the new one will work hand in hand to execute these tasks.

Musisi earlier on submitted her resignation letter from the position of KCCA executive director, a request which was apparently granted. She is currently holding farewell events with the different categories of people.