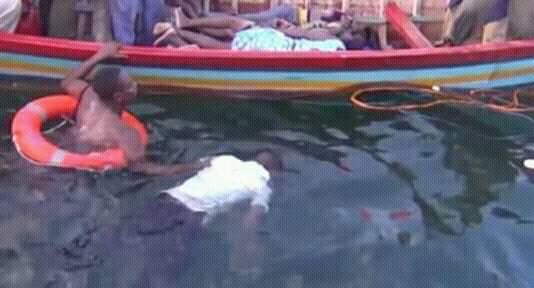 Accidents Police
December 11, 2018December 13, 2018 E Jazz Reporter Accident, Boat Cruise, Mukono Boat Accident
Police yesterday said more than 50 new survivors of the November 24 Lake Victoria boat tragedy have picked their items which were retrieved from the waters during the rescue and recovery operation.
Kampala Metropolitan Police spokesperson Luke Owoyesigyire, said the survivors had identified and taken their belongings, which included National IDs, ATM cards, handbags and other items.
“They called the telephone numbers we gave out through the media and were informed to pick their items at Mukono Police Station,” Mr Owoyesigyire said.
After the accident, witnesses had said more than 100 revellers were on the ill-fated boat but the recovery of 33 bodies and rescue of only 26 survivors on police record sparked doubt on the exact number of unaccounted for persons who were neither among the survivors nor the dead.
However, there was also information that more survivors, upon reaching the shore, escaped by taxis and boda bodas to avoid identification because many of them had not informed their spouses about their itinerary.
The latest police revelation of 50 new survivors tends to explain the disparity and brings the number of people who escaped death to 87. Police last week said it had registered 37 survivors but five were not yet accounted for.
“These new survivors have given us hope that actually many people survived this tragedy but they were perhaps in shock. We are happy that they have come out and personally picked up these items. We urge those who have not picked their belongings to visit Mukono Police Station,” Mr Owoyesigyire said.
He said he could not give the list of the 50 new survivors because it had not been submitted from Mukono Police Station by yesterday. Mukono District Police Commander Rogers Sseguya said he could not provide the list because he was out of station and had not compiled the names.
Last week, police spokesperson Emilian Kayima, flanked by the Rescue and Recovery Operation spokesperson Zurah Ganyana, said they had retrieved 27 handbags, nine chairs, a generator, a speaker, seven mobile phones, 12 National IDs, four pairs of male shoes, three pairs of female shoes, clothes and Shs500,000.
Some of the names that featured on the recovered fuel cards, shopping cards, driving permits, ATM cards and National IDs included Stella Byabashaija Ntanda, Doreen Arinaitwe, Samalie Nakakazi, Stella Nabasa and Namayanja. Others included Lindah Nankungu, Mariam Nakigudde, Irene Alitubeera, Zuhurah Paul Apuuli and Martha Kawalya.

This story first appeared on monitor.co.ug