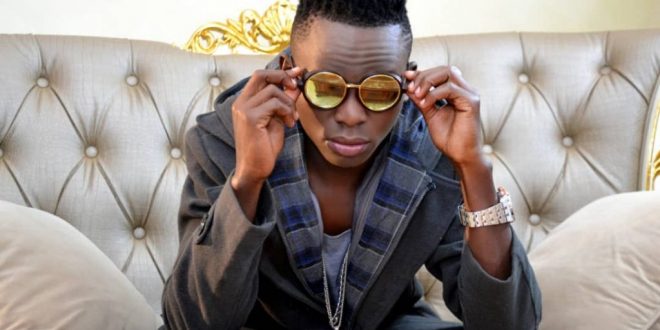 “Most People Don’t Relate Me To My Music.” Musician John Blaq Is Often Bounced At Venues He’s Meant To Perform.

Kasadha John  aka John Blaq is a  Senior Six vacist who has risen so fast onto the A-list of trending artists in the country.

John Blaq’s most famous songs currently like Romantic and Tukwatagane have got him into the hearts of many girls because of the creativity put onto the song. His mellow voice is unique in town and somehow escalates the listeners feelings!

“Most people don’t relate me to my music” John Blaq revealed recently in an interview. Several people are shocked on their first time of seeing John Blaq especially those who know his music. He also adds that he has been bounced on several occasions where he was meant to perform because they could not recognise him.

He however says he has hired security personnel to work hand in hand with his management to see that such things don’t happen. “I have a bouncer who always watches over me in case of any danger” he says.