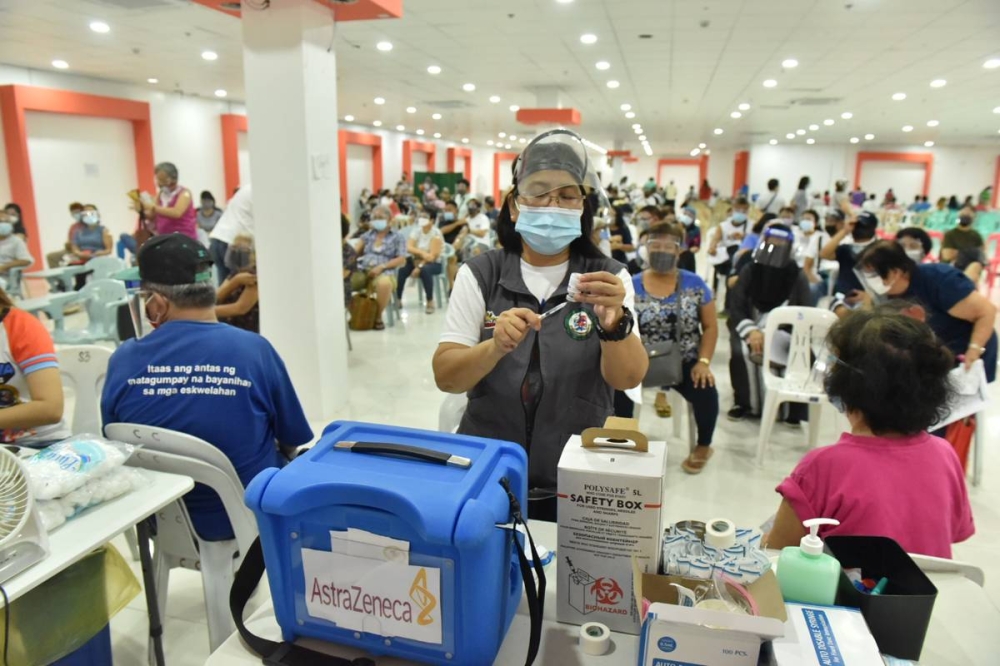 The vaccination hub at Primark Town Center in Noveleta, Cavite has been inoculating an average of 675 individuals per day. The Office of Senior Citizen Affairs, likewise, reported that out of 7,200 senior citizens of Noveleta, Cavite, around 6,019, or 84 percent, have already been vaccinated. In total, 21,035 individuals have already been inoculated in Noveleta, which has a population of around 49,000. PHOTO BY DENNIS ABRINA

Malacañang on Thursday said the government will start administering booster shots for all Filipinos next year.

In his regular press briefing, Palace spokesman Harry Roque Jr. said P45.37 billion will be earmarked in the national budget for 2022 to buy booster shots.

Although experts have not completed their studies on the need or efficacy of booster shots, Roque said the government has decided to allot the funds to avoid possible conflicts in the national inoculation program.

“Wala [nang] isyu sa 2022. Mabibigyan tayo lahat ng booster [shots] dahil [nandiyan] sa budget (We will not have any problems in 2022. All of us will get booster shots because there will be funds for these in the budget).”

Health Undersecretary Myrna Cabotaje on Thursday said the Department of Health (DoH) was open to procuring more doses as booster shots, but it has to wait for a “firm recommendation” from its All-Experts Group (AEG) on Covid-19.

“We know that they are waiting for one year for an effective booster,” Cabotaje said. “But right now, we still cannot recommend booster doses.”

The AEG is expected to issue its final recommendation in “one to two months.”

Roque said should the need arise, the government could start purchasing booster shots earlier than January next year.

He said P240.75 billion of the P5.024-trillion 2022 budget will go to the country’s pandemic response. The biggest share of P99.20 billion will be for the Department of Education, with the DoH getting P93.78 billion.

She also dismissed concerns that the United States may prioritize giving booster shots to its population, which could create supply issues for the tozinameran/Comirnaty vaccine from Pfizer and the Spikevax vaccine from Moderna.

The US government has allowed its citizens to be given boosters eight months after receiving their full doses. 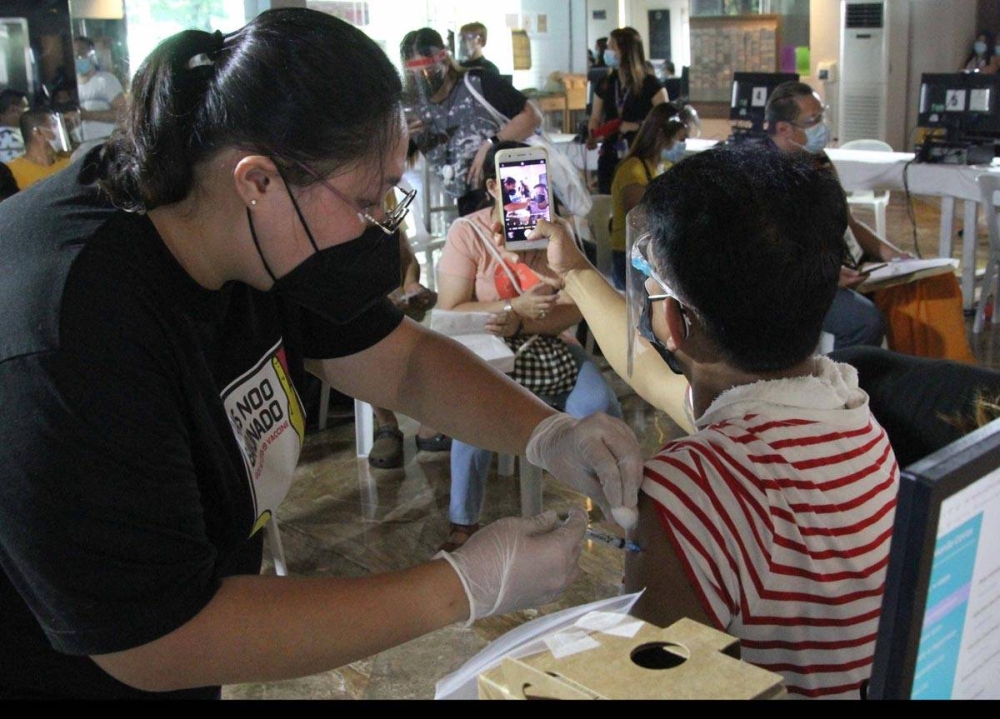 Scenes from the Ospital ng Maynila in Malate, Manila on May 29, 2021 as citizens under the A1, A2 and A3 category are given their vaccination against COVID-19 with the Sputnik V vaccine for their second dose. PHOTO BY RENE H. DILAN

The bulk of the procured tozinameran/Comirnaty doses will arrive in the next four months and will be distributed equitably among all regions, Cabotaje said.

A spoke and hub model is being considered for provinces that do not have enough facilities with ultra-low temperature storage, she said.

Cabotaje also said the country’s vaccine acceptance rate has improved, possibly because more people are now afraid of contracting the Delta variant or have been encouraged to get vaccinated.

“Napilitan ang mga LGUs to streamline their processes…and since naka-ECQ (enhanced community quarantine), mas madaling magpunta sa bakuna center (The local government units were forced to streamline their inoculation process, and since we are under ECQ, it was easy to go to the vaccination center),” she said.

At the start of the ECQ, the National Capital Region (NCR) improved its seven-day inoculation average from 151,924 jabs to 168,063, equivalent to more than 1.8 million doses administered during the ECQ period.

Cabotaje said that second-dose administration also increased especially among the A2 or Senior Citizens and A3 or persons with comorbidities, especially in the NCR, with 78 percent of seniors inoculated for Covid-19.

As of Wednesday, the country has administered 29.1 million vaccine doses, 12.9 million of which are second doses.