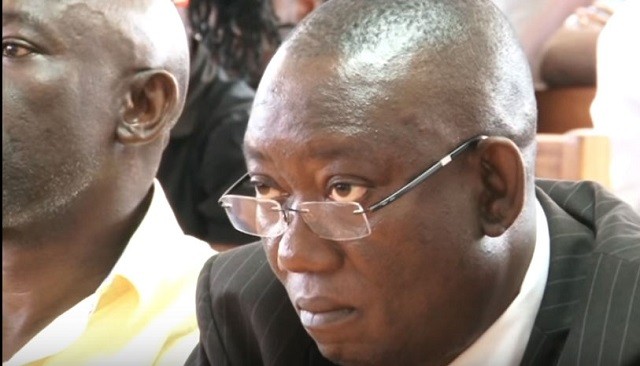 Lubaga South Member of Parliament, Kato Lubwama has come out to brand people who pelt performers with bottles saying they might be suffering from Swine fever.

“Their brains are like a pig’s breasts that are always shaking.” the MP Said.

Kato Lubwama advised the fans to stop the vice he called silly.

He also told the fans that they are so lucky to have artist performing for them especially at such very low prices.

“There is a performers act that governs people for example in a theatre,” Kato said. He added that among the rules is the audience should give their performers a standing ovation.

“These hooligans collect people to piss in bottles and throw them at artists because they have beef with artistes,” Kato Lubwama said also adding that this should not be branded as a people power vice but rather a thing that has been around overtime.

A number of artistes have been pelted with bottles of late including Bebe Cool, Catherine Kusasira, Full Figure and Big Eye who are all well-known NRM party cadres.