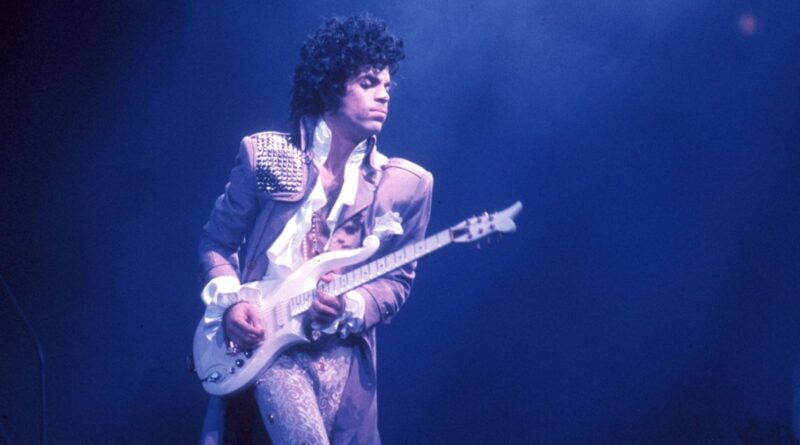 If you saw “Purple Rain” energy drinks on a store shelf, would you think that Prince was selling them? In a decision in favor of the late artist’s estate, the federal trademark office says you likely would.

A tribunal at the U.S. Patent and Trademark Office ruled last week that the company behind Bang Energy drinks could not register “Purple Rain” as a trademark, siding with arguments from Prince’s heirs that the term “uniquely and unmistakably” points to the legendary rocker.

The ruling cited a survey that asked participants “what, if anything, comes to mind” when they saw the term “Purple Rain.” In response, a whopping 63 percent answered with “Prince” or one of his works, like his 1984 rock musical film or the album and hit song of the same name.

“Consumers encountering applicant’s mark, when used in connection with applicant’s goods, will presume a connection between ‘Purple Rain’ and Prince,” a judge wrote in the Aug. 23 decision.

Following the ruling, Bang Energy CEO Jack Owoc told Billboard on Wednesday that he was “a big fan” of the iconic artist and would take the dispute no further: “We greatly respect Prince and his estate and will not ‘rain’ on their parade. Maybe we can negotiate a deal in the future that is mutually beneficial to both parties.”

The ruling came just weeks after a judge signed off on a deal to finally end a six-year legal battle over Prince’s $156 million estate. That final deal saw his many assets, including his various trademarks, divided among several living heirs, advisors and Primary Wave, which owns roughly half of the estate.

Londell McMillan, who heads up one group of those heirs, told Billboard on Wednesday he was pleased with the decision to “unequivocally” reject the application: “Prince’s music, art and trademarks hold a special place in our society and culture. Purple Rain is a Prince mark and brand known worldwide. Please respect these unique assets or suffer at your own peril.”

Legal cases like the one over the “Purple Rain” trademark, filed at a federal tribunal called the Trademark Trial and Appeal Board, are a common tactic for any big brand, aimed at fending off rival names that are too similar. Apple files dozens of such cases every year, as do many other major companies. Musicians are no different: Jimmy Buffett’s company recently brought a case against a line of cannabis-themed products called “Marijuanaville,” and Rihanna’s Fenty brand filed two new cases last year. The Eagles also once famously brought such claims against a real-life “Hotel California.”

Last year, Prince’s heirs brought a similar case against an Ohio winery that wanted to register “Purple Rain” as a trademark for wine. Since then, the winemakers have argued back that consumers would never associate Prince with alcohol because the rocker famously abstained from alcohol. That case is still awaiting a ruling.

In the current dispute, a Bang Energy subsidiary applied in 2020 to register “Purple Rain” as a trademark for a wide range of dietary supplements, as well as for energy and sports drinks. Prince’s heirs quickly filed their case to oppose the application, arguing that consumers would be tricked into thinking the late singer was involved in the products.

“‘Purple rain’ is not a word in the English language. Prince chose the phrase and made it famous through a Grammy winning album, a major motion picture, a song performed around the world, and the iconic image of the late artist in the costume, movie and tour,” the estate’s attorneys wrote. “For the great majority of consumers, the only significance the term ‘Purple Rain’ has is to identify Prince and the image he made famous.”

Bang argued that consumers wouldn’t think of Prince when they saw the name on drinks and supplements, but in last week’s ruling, the trademark board said the public assumes a celebrity endorsement even when a product has “no relation to the reason for the celebrity’s fame.”

“It is commonplace for performers and owners of well-known marks to expand their product lines, in order to incorporate a diverse set of goods to capitalize on the renown of their names and brands,” the board wrote.

The trademark dispute isn’t Bang Energy’s only music-related legal issue. The Florida company is also currently embroiled in litigation with both Sony Music Entertainment and Universal Music Group over accusations that the company used copyrighted music in hundreds of social media videos without licenses.

Read the entire ruling on the “Purple Rain” trademark here: