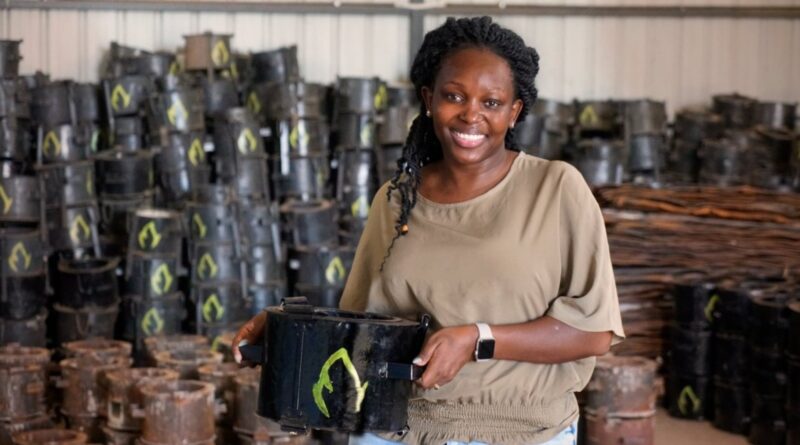 There is no shortage of environmental problems that need to be solved. And today in Boston, Mass.—at a ceremony marked by celebrity appearances and calls to action from around the world—Prince William through his Earthshot Prize handed out over $6 million dollars to help accelerate five solutions to tackling issues on conservation, air quality, oceans, waste, and climate change.

The annual Earthshot Prize, an independent charity founded by Prince William and the Royal Foundation in 2020, awards $1.2 million each to winners in the five categories. The initiative aims to bring the same level of urgency and ambition to today’s environmental challenges as John F. Kennedy’s “moonshot” space-race challenge. (Marc and Lynne Benioff, TIME’s owners and co-chairs, have been among the philanthropic supporters of the effort.)

Among the panel of judges selecting this year’s high-profile awards are naturalist Sir David Attenborough, actress Cate Blanchett, musician Shakira, and Christiana Figueres, former head of the U.N. Framework Convention on Climate Change. The winners were selected from a group of 15 finalists from 10 different countries, and included, among others, grassroots organizations dedicated to forest protection and biodiversity conservation, along with start-ups exploring clean battery technology and alternative leather derived from waste.

This year’s winning solutions “prove we can overcome our planet’s greatest challenges,” said the Prince of Wales at the ceremony. “And by supporting and scaling them we can change our future.”

Here are the 2022 Earthshot Prize winners:

Mukuru Clean Stoves is a female-founded business, staffed mostly with women, which aims to bring cleaner-burning stoves to women in Kenya. In Sub-Saharan Africa alone, more than 950 million people rely on heavily polluting wood and charcoal for cooking, a number estimated to grow to 1.67 billion by 2050. The startup was founded in 2017 by Charlot Magayi, who used to sell charcoal for fuel in Mukuru, one of Nairobi’s largest slums, and whose daughter was severely burnt by a charcoal stove, prompting a search for a better solution. According to the company, Mukuru’s stove emits 90% less pollution than cooking over an open fire, and 70% less pollution than using a traditional cookstove. Costing just $10, the stove is fueled by biomass created from charcoal, wood, and sugarcane; fuel expenses are also half that of traditional sources.

Kheyti is protecting and restoring nature in India

Start-up Kheyti has developed a “greenhouse-in-a-box” to help the world’s approximately 570 million smallholder farmers protect their crops from unpredictable, harsh weather, and pests—two challenges made worse due to climate change. According to the company, its modular greenhouses are 90% cheaper than standard greenhouses, employ drip irrigation to help use 98% less water than growing crops outdoors, and can boost yields seven-fold compared to typical agricultural methods. Together with training provided by Kheyti, farmers are able to double their incomes, according to the company. So far, some 1,000 farms are using the greenhouses; by 2027 the company hopes to reach 50,000 farmers.

Indigenous rangers in Australia work to protect the Great Barrier Reef from storms and ocean acidification as well as land-based environments from forest fires and degradation. Yet, in Queensland, Australia, only 20% of these rangers are women. Over the past four years, the Queensland Indigenous Women Rangers Network has helped train over 60 women in combining modern conservation techniques, such as using drones, with traditional knowledge sharing. The data collected by this network provide vital information on ecosystems in order to better protect them. The organization’s hope is to gain enough support to help expand these conservation methods around the world.

Notpla’s circular solution to waste in the U.K.

Looking for an alternative to fossil-fuel-based plastics? London-based start-up Notpla (short for “not plastic”) was launched in 2019 by Pierre Paslier and Rodrigo Carcia Gonzalez, who both studied in a Innovation Design Engineering program run jointly by the Imperial College London and the Royal College of Art. Together, they created a biodegradable seaweed-based packaging for everything from liquids and food. Notpla tackles environmental issues on two fronts: first, its environmentally friendly alternative to plastic can help make a dent in the some 6.3 metric tons of plastic waste currently clogging the world’s streets and sea, and second, the seaweed the product is based on can capture carbon 20 times faster than trees. So far, Notpla has provided more than 1 million take-out containers to JustEatTakeaway.com, a global online food-delivery marketplace.

The 44.01 Project in Oman is turning CO2 into rock

This Oman-based start-up takes its name from the molecular weight of carbon dioxide: 44.01 grams per mole. In an effort to reduce the amount of planet-warming carbon dioxide emissions in the atmosphere, 44.01 sucks CO2 from the atmosphere using direct-air-capture technology, dissolves it into water, and then pumps the resulting carbonated water into underground seams of peridotite—an igneous rock formed from Earth’s mantle—where it’s stored in a process known as mineralization. Their system is powered by energy derived from heat, solar, and biofuels. Founded by Talal Hasan, 44.01’s first project in Oman—home to the world’s largest concentration of peridotite—will mineralize 1,000 metric tons of CO2 each year until 2024, emissions equal to driving 215 gas-powered cars for a year. It also hopes to expand internationally, and store 1 billion metric tons of carbon dioxide by 2040.