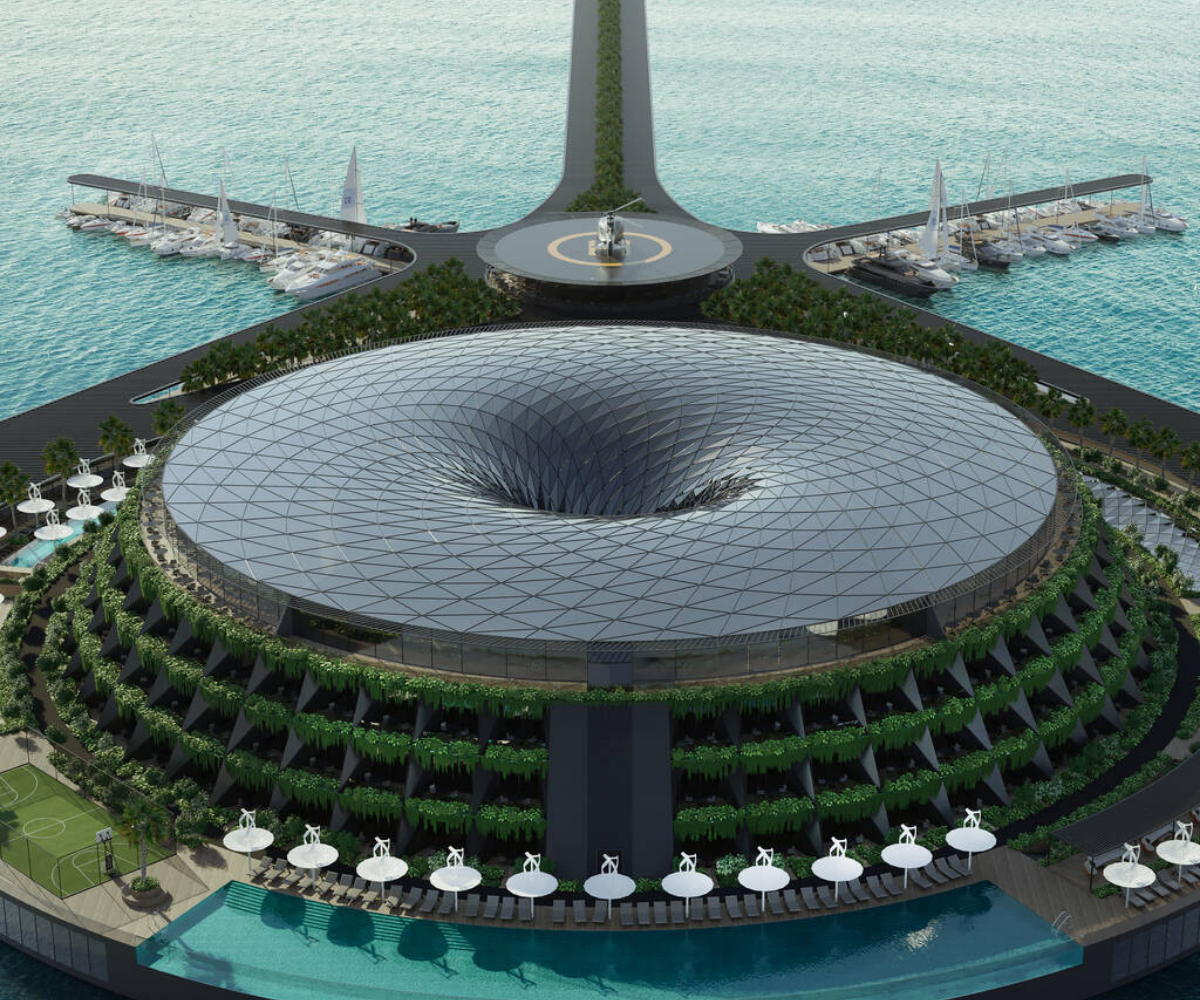 Qatar eco-hotel to generate energy from rotating in ocean

Designed by Hayri Atak Architectural Design Studio (HAADS), the eco-floating hotel is a project hoping to be opened in Qatar but also has the potential to be located in different areas thanks to its characteristic mobile feature.

The HAADS team studied the project with various opinions and technical knowledge from many different disciplines and visions. Consultants from different fields, such as ship construction engineers and ship architects, played a big role in the project process.

The project, which began in March 2020 and lasted six months, adopts the motto of minimum energy loss and zero waste as a principle according to the design approach it has put forward.

Due to its characteristic moving feature, it generates electrical energy by rotating around its position according to the water current and provides users with different perspective experiences.

Created as a five-star hotel, the eco-floating hotel would measure 35,000 square metres and will have a total of 152 rooms.

The hotel would be situated just off the shore and supported on a series of floating platforms. The rotation action would move very slowly so as to not make guests dizzy and would take 24 hours to complete a revolution.

Access to the hotel itself is via a pier connected to the shore, or by helicopter or boat. Its interior would be centred around a lobby, with its 152 hotel rooms boasting luxury amenities like private balconies, indoor and outdoor swimming pools, a sauna, spa, and gym.