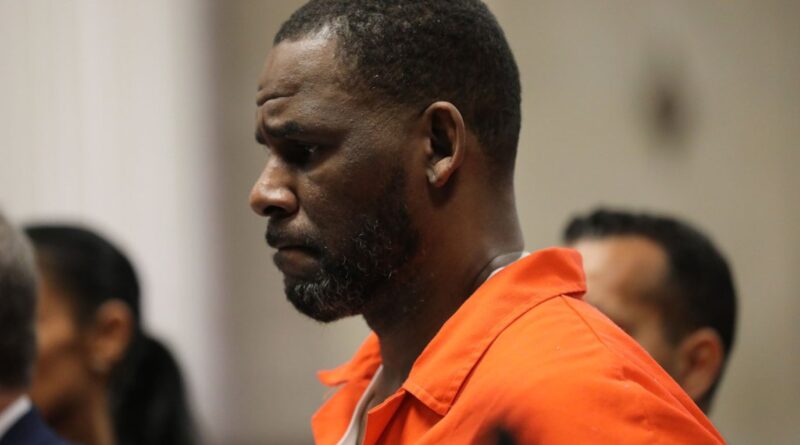 Federal prosecutors in New York told a judge Wednesday (June 8) that R. Kelly should go to prison for more than 25 years following his conviction last year on sex trafficking and racketeering charges. The singer, they said, “avoided punishment for them for almost 30 years and must now be held to account.”

After decades of accusations of sexual misconduct, Kelly was convicted in September on nine counts related to accusations that the singer orchestrated a long-running scheme to recruit and abuse women and underage girls. He plans to appeal the verdict, but not before he’s sentenced on June 29.

In a brief filed Wednesday, prosecutors from the U.S. Attorney’s Office in Brooklyn urged Judge Ann M. Donnelly to make that sentence close to an effective life sentence for the 55-year-old Kelly. They cited the seriousness of his crimes and how long he was able to avoid consequences for them.

“Put simply, the defendant’s crimes were calculated, methodical, and part a long-standing pattern of using his platform as a larger-than-life musical persona and his deep network to gain access to teenagers, many of whom were particularly vulnerable, and then to exploit them for his personal gain and sexual gratification.

They also cited the risk that he would he would commit more crimes if let free. “The government has little doubt that if afforded an opportunity to offend again, the defendant would do so,” prosecutors wrote. “He poses a serious danger to the public. His actions were brazen, manipulative, controlling and coercive. He has shown no remorse or respect for the law.”

Kelly’s attorney, Jennifer Bonjean, did not immediately return a request for comment on Wednesday’s sentencing memorandum. She will have a chance to file a response to the government’s brief before Judge Donnelly metes out her sentence.

Regardless of how many years are handed down later this month, Kelly will still face a second trial in August that could see additional convictions and prison time. In that case, Chicago federal prosecutors accuse Kelly of possessing child pornography and obstruction of justice.

In March, Kelly asked Judge Donnelly to delay the New York sentencing until after the Chicago trial, but the judge refused the request after prosecutors argued that his many of victims had already “waited years to see the defendant held to account.”

Separate from this month’s sentencing, Bonjean is currently asking Judge Donnelly to overturn the verdict, either by acquitting the star outright or by ordering a new trial. She’s argued that his former lawyers were so ineffective that it violated his constitutional right to effective legal counsel, and that the evidence in the case was so weak that it didn’t support a guilty verdict.

If those arguments are unsuccessful – such post-trial motions are rarely granted – Kelly’s legal team will then appeal the case to U.S. Appeals Court for the Second Circuit.