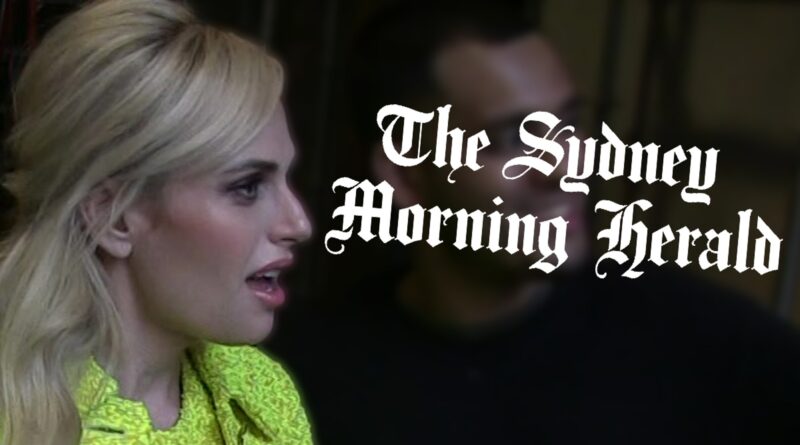 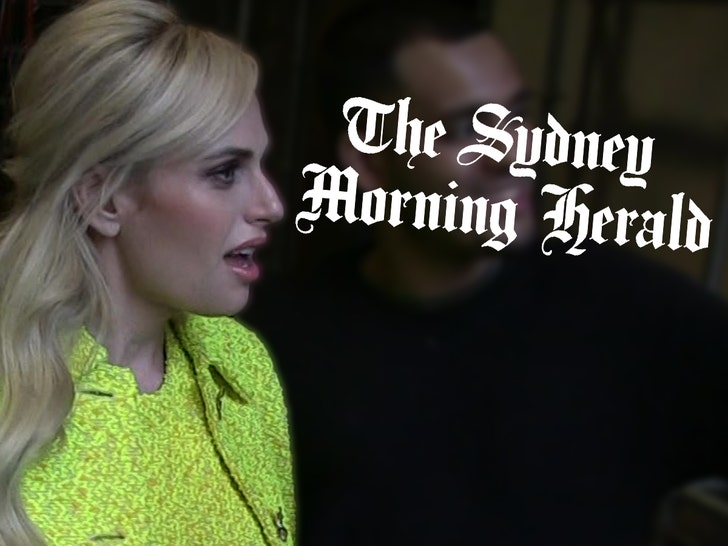 Rebel Wilson‘s coming out announcement is under a microscope because of what was happening BTS … including a newspaper’s attempt to force her to comment beforehand.

The Aussie actress — who just revealed she’s in a relationship with a woman — responded to an outraged journalist from Down Under, who couldn’t believe what the Sydney Morning Herald seems to be admitting … namely, that they had RW over a barrel with the story.

So apparently it wasn’t @RebelWilson’s choice to come out… The @smh/@theage have admitted to giving her a heads up 2 days in advance that they were going to “out” her. What’s worse, openly gay men at the Sydney Morning Herald were involved in this. 🤦🏼‍♀️ https://t.co/Zl80zg01SW

The reporter wrote, “So apparently it wasn’t @RebelWilson’s choice to come out… The @smh/@theage have admitted to giving her a heads up 2 days in advance that they were going to ‘out’ her.” She notes that openly gay men who work at SMH were involved too.

To that, Rebel wrote back … “Thanks for your comments, it was a very hard situation but trying to handle it with grace ❤️” In other words, she appears to be confirming this perception of an attempt to out her publicly, before she was ready to do so herself.

Thanks for your comments, it was a very hard situation but trying to handle it with grace 💗

The article in question — which details what went into the process of trying to confirm the relationship — comes across as somewhat angry about the fact that Rebel evaded their questions, which they say they made 2 days in advance, and scooped them herself.

The author writes of the decision to ask her team for comment … “Big mistake. Wilson opted to gazump the story,” adding … “Considering how bitterly Wilson had complained about poor journalism standards when she successfully sued Woman’s Day for defamation, her choice to ignore our discreet, genuine and honest queries was, in our view, underwhelming.”

A Herald article about Rebel Wilson has promoted some attention and I’ve been reading this feedback closely. In the interests of transparency I wanted to offer the Herald’s view on this issue. https://t.co/Dk3qkuiovb

As a result, many have accused the outlet of trying to out Rebel … but one of their editors, Bevan Shields, denied that characterization in a follow-up piece — offering more context.

He says, “[W]e simply asked questions and as standard practice included a deadline for a response. I had made no decision about whether or what to publish, and the Herald’s decision about what to do would have been informed by any response Wilson supplied.”

Shields adds, “Wilson made the decision to publicly disclose her new partner – who had been a feature of her social media accounts for months.” He says the paper wishes her well.