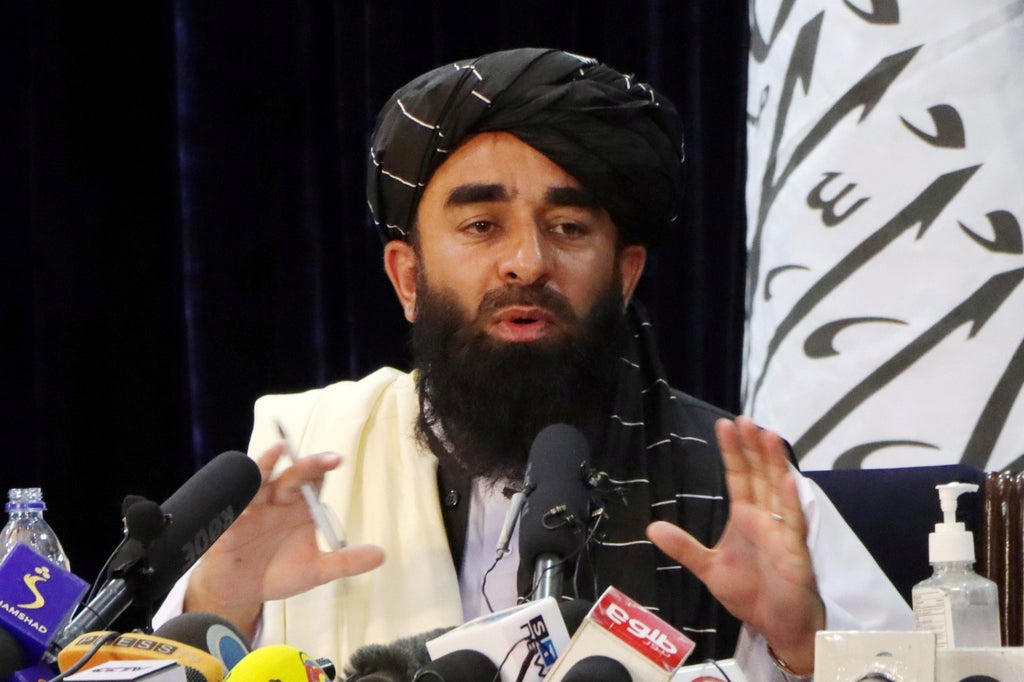 A “roadmap” for future engagement with the Taliban has been agreed by the G7 group of nations at a meeting on Tuesday.

It will include an insistence that people who want to leave Afghanistan beyond the August 31 deadline have “safe passage”, Boris Johnson has said.

The Prime Minister held emergency talks with Joe Biden to discuss the crisis.

Following the meeting he said Afghanistan cannot “lurch back into becoming a breeding ground of terror” or “a narco state” where girls are not allowed to attend school.

“But the number one condition that we are insisting upon is safe passage beyond the [August 31], beyond this initial phase, for those who want to leave Afghanistan.”

In a joint statement released by No 10, the G7 leaders added that any new Afghan government must “adhere to Afghanistan’s international obligations and commitment to protect against terrorism, safeguard the human rights and uphold the rule of law”.

“We call on all parties in Afghanistan to work in good faith to establish an inclusive and representative government, including with the meaningful participation of women and minority groups,” the statement added.

The US has pledged to stick to its deadline after the Taliban issued a stark warning the country must finish evacuating people from Afghanistan by the end of the month.

“August 31 is the time given and after that it’s something that is against the agreement,” Mr Mujahid told a press conference in Kabul.

“All people should be removed prior to that date. After that we do not allow them, it will not be allowed in our country, we will take a different stance.”

Mr Mujahid insisted life is returning to normal in the country and freedom of the media, now in operation, is improving every day.

Pentagon spokesman John Kirby insisted the deadline for evacuation of all Americans from Afghanistan will remain the same.

He also committed to evacuating the Afghan commanders and other troops currently helping with the evacuation.

“There’s been no change to the timeline of the mission which is to have this completed by the end of the month,” he said.

The Taliban spokesperson said the crowds of Afghans thronging Kabul airport seeking a flight out of the country could go home and there was no list of people targeted for reprisals.

“We guarantee their security. We have forgotten everything in the past,” he said.

Women have also been advised to stay at home for now for their safety.

Mr Mujahid added he is “not aware” of any meeting between the group and the CIA but he did not deny such a meeting took place.

The director of the US agency met with the Taliban’s top political leader in Kabul on Monday.

Labour leader Keir Stamer said it is “imperative Britain works with our allies to ensure all those whose lives are under threat from the Taliban have safe passage out of Afghanistan”.

An extension to the deadline for pulling out remaining troops from Afghanistan to allow evacuations to continue is “unlikely”, Defence Secretary Ben Wallace conceded ahead of the virtual G7 summit.

He said: “It’s not about effectively whether I could fly in thousands of troops and secure the airport.

“Yes, I could do that, I could probably secure the airport for a few months, or maybe a year or two,” he told BBC Radio 4’s Today programme.

“But for what purpose? For them to be shot at, attacked, people not to get to the airport and to trigger just a permanent fight? I don’t think that is a solution.”