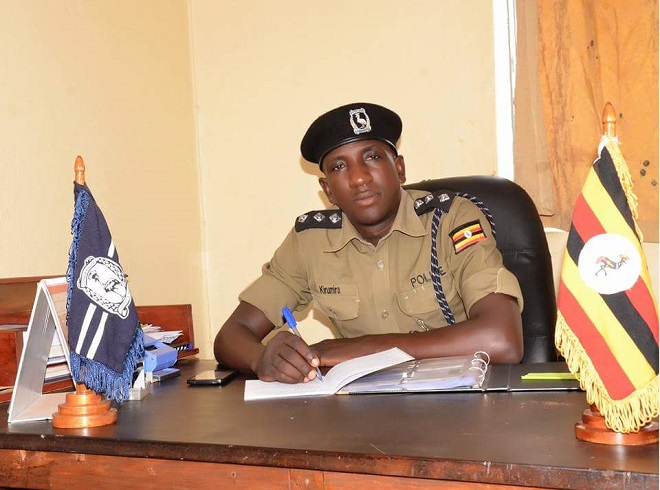 Latest news coming in has it that famous police officer AIP Muhammed Kirumira has decided to throw in the towel of police duties on allegations of mafias.

According to Kirumira, he has been fighting battles with several people ever since he joined police. He further says that his great works of clearing thuggery in areas of Nansana, Kasubi, Nankulabye and several others parts of Kampala have been tarnished by some police officers who he says he was stepping on toes as he went ahead to arrest more thugs.

“I have resigned from the force to enable the police court fulfill their motives” He wrote on his social media. Kirumira is currently waiting for an official letter confirming his resignation for someone deemed fit, according to him.

Kirumira attributes his resignation to the fact that however much he hustled to clean crime wherever he was posted, his “dirty” image has failed to change.

Kirumira declined holding office during his trial so as to keep his reputation as a freedom fighter. While speaking to EJazz Ug, he emphasized it that he his decision to resign is final and he never intends to reverse it.