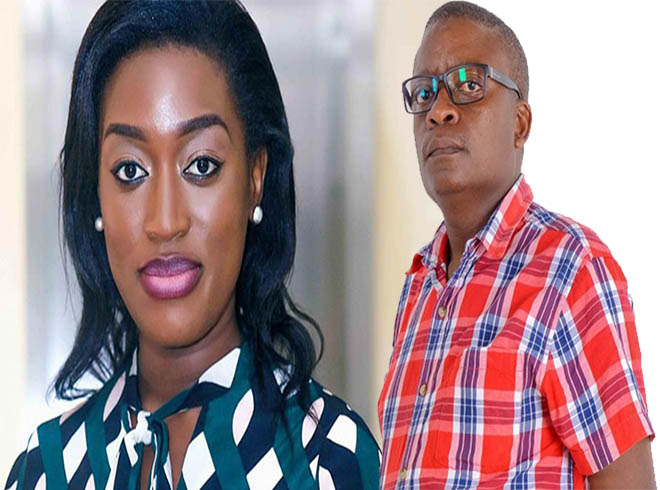 This happened on their weekly Saturday show on Dembe FM where Ssendi revealed how Nameere(daughter to Minister for Agriculture) cried before them for a demo!

According to Ssendi, Nameere called him after her being fired from NTV, she wanted to record a TV demo so she could go and apply for a job on several media houses.

“She called me and asked to come and record a demo which I accepted” says Ssendi. He adds that on arrival, the whole team at West Records was called as soon as possible to give Nameere the best.

“After recording, Nameere said she did not have enough money to pay the professional price and we accepted the request” Ssendi says.

Shockingly after that, Nameere also informed the team that she had not come with any money as she forgot to pass by the ATM.

“Upto now, Justine Nameere has never surfaced to pay the money” He says.