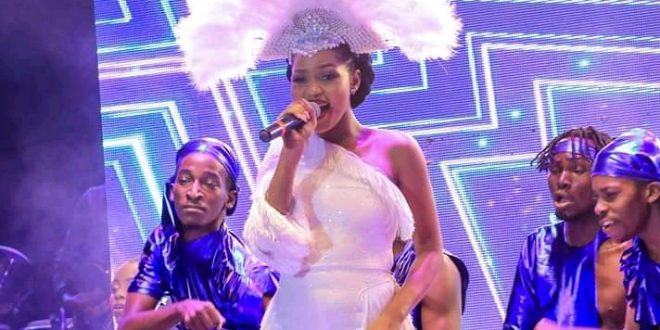 Spice Diana Fills To The Brim!

Spice Diana was the first musician to fill freedom city by 6PM to an extent of closing off entrance of the venue for the rest.

The Musician broke down in tears after seeing a large numbers entering as early as 2pm. She put a post saying ” Thank you my country people.”

Besides the biggest turn up and having no space for people still outside, the organisation done by Fenon events was on point. The lighting, Stage and security not forgetting spice Diana’s outfits for different sessions that pulled out the best of her.

The Show had a number of artistes, comedians , deejays and Mcs who entertained the fans not leaving them the same including Big Eye who was pelted with bottles.