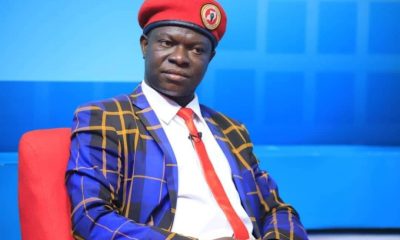 Pimbas Secondary School headteacher has come out to clear the air in regards to Kawempe North, MP Elect, Ssegirinya Muhammad’s academic papers that are bbeing contested.

In an interview with Youtuber Farouk, the headteacher said that Ssegirinya Muhammad actually attended Pimbas Secondary school for S.5 and S.6 in 2008 and 2009. He however added that his check in results didn’t yield any results with Ssegirinya’s name on the list of those that sat for the UACE exams.

He also adds that the registration numbers on the academic documents being circulated on social media is not theirs.

In his petition to the High Court, Sulaiman Kidandala wants Court to declare that Ssegirinya is not the duly elected Kawempe North Constituency MP.

“I also state that an illegal practice or other offence under the Parliamentary Elections Act was committed in connection with the election of the 1st respondent (Ssegirinya Muhammad), personally or with knowledge and consent or approval, when he forged Uganda Advanced Certificate of Education and Uganda Certificate of Education documents relating to holding of the election,” reads Kidandala’s petition in parts.

He also alleges that Ssegirinya was not a registered voter of Kawempe North Constituency at the time of the January 14 Parliamentary Elections.

He wants an order setting aside Ssegirinya’s election and also declare him (Kidandala) who was the second in the race as duly elected.

He as well prays that Court orders both the Electoral Commission and Ssegirinya Muhammad to pay the costs of the petition.