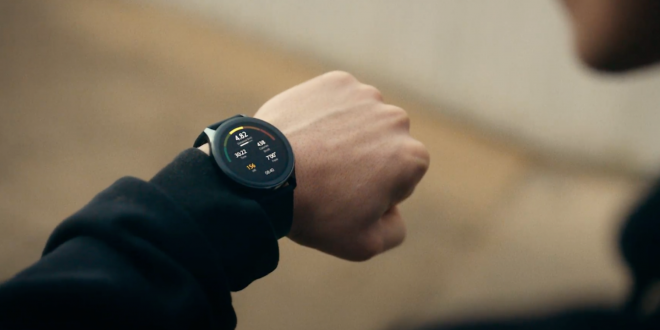 The OnePlus Watch was not a well-kept secret by any means. Renders of it leaked last week, and we’ve heard rumors about the platform the watch is based on for some time now. Now that it’s officially here though, the coolest thing about the OnePlus Watch is the fact that you can get a whole day of battery by charging just five minutes, and a week’s worth in 20 minutes.

In the world of smartwatches, that’s blazing fast. The Apple Watch takes roughly 1.5 hours to juice up to 80% and a full two hours to get to 100%. (The Series 6 charges slightly faster, but only slightly.) Meanwhile, Fossil introduced rapid charging years ago, and by rapid, they mean it takes about an hour to get up to an 80% charge. The Fitbit Sense can top up 24 hours of battery life in 12 minutes, which is actually fast, but not quite as fast as the OnePlus Watch’s “Warp Charge” feature. On top of that, the OP Watch is boasting about two weeks worth of battery on a single charge for lighter use, while power users can expect roughly a week.

That’s neat when you consider the OP Watch will have built-in GPS, continuous heart rate-monitoring, sleep- and stress-tracking, and the ability to monitor blood oxygen saturation levels. It’ll also come with 110 activity types, including swimming and, for some inexplicable reason, parkour. Those health features, the battery life and charging, and the fact that it’s opting for a proprietary RTOS-based operating system instead of Wear OS make this watch feel more like a fitness tracker in a smartwatch body. Think more of a Fitbit than an Apple Watch or Samsung Galaxy Watch.

That’s not necessarily a bad thing, especially since you’re still getting smart notifications, customizable watch faces, automatic workout detection, and the ability to store up to 500 songs on 4GB of internal storage. As for specs, the watch sports a gargantuan 46mm case size with a 1.39-inch OLED display, IP68 rating for dust and water resistance, and 1GB of RAM. These are fairly standard specs, with the exception of case size. Generally speaking, “bigger” smartwatches tend to be in the 42-45mm range. It’ll be interesting to see how the Watch fits on smaller wrists, but the bigger size might make for better readability on screen.

Considering that OnePlus seems to have put a strong emphasis on battery and charging, it’s not surprising to see it skipped cellular connectivity. (Another bummer is that NFC payments aren’t included, either.) Instead, as far as more “advanced” features go, the OnePlus Watch can double as a remote for the OnePlus TV. That’s neat, but only if you’re deeply embedded in the OnePlus ecosystem. Speaking of ecosystems, the watch’s companion app won’t be out until later this month—and it’s Android only. (Though the company says an iOS version is coming in the future.)

The other compelling thing about the OnePlus Watch is the price. At $159, this device is surprisingly full-featured for a sub-$200 watch. Similar smartwatches from Fitbit—namely the Versa 3—cost at least $230. A lot of whether the OnePlus Watch will be worth it will come down to the companion app and how accurate the fitness-tracking is. The Watch is expected to ship starting April 14, and while there are some cool color options and a limited copper alloy version available, U.S. customers are limited to the bleh Midnight Black version.

Still, we can’t understate how the super-fast charging and affordable price might make this a compelling buy for a lot of Android users. One of the biggest problems with smartwatch adoption is that crappy battery life leads to watches collecting dust at the bottom of a drawer. With 1-2 weeks of battery life, and the ability to charge so quickly, that’s less of an issue. We’ll have to see how it all shakes out—especially because there are a lot of cheap, long-lasting basic smartwatches already out there—but color us intrigued.