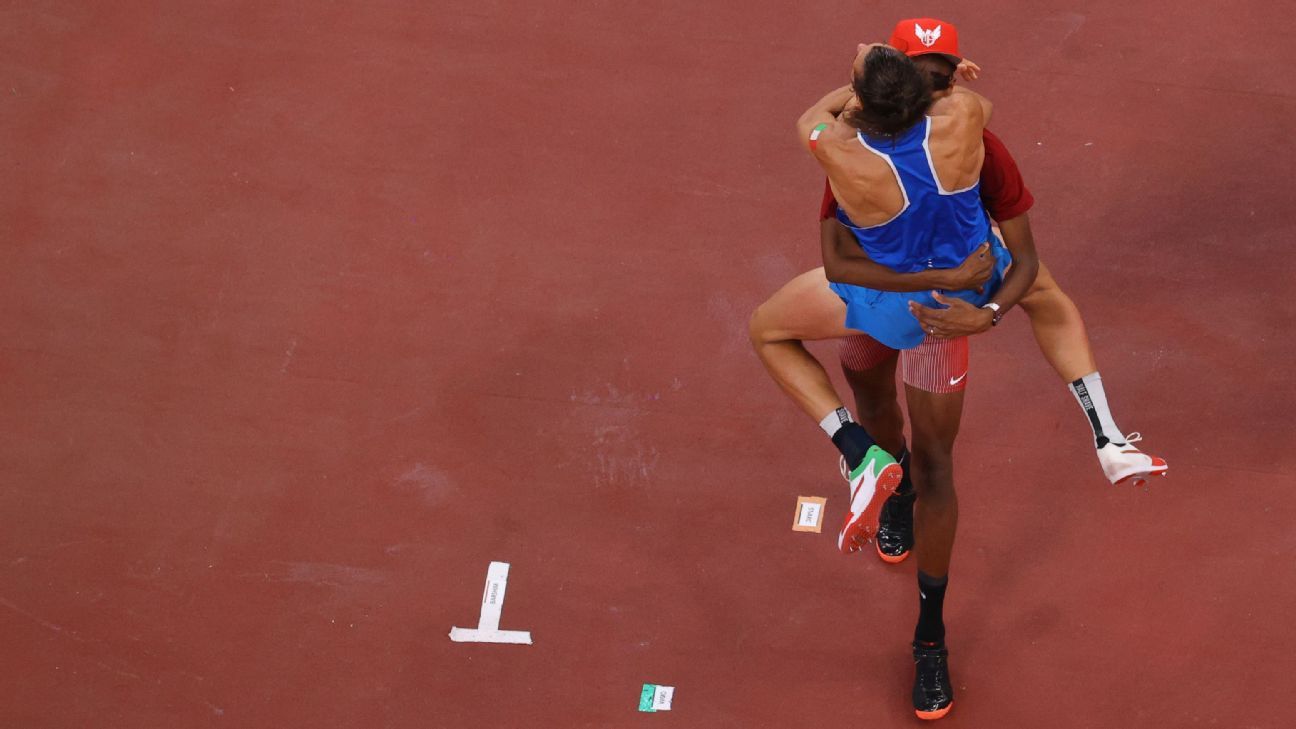 The Tokyo Games started and ended strangely; in between was what the Olympics are about

If ever there is a new motto created for the Olympic Games, one could make a very strong case for it being, “That’s what the Olympics are all about.”

Just look at these Tokyo Games. Over the past three weeks, we have heard “That’s what the Olympics are all about” used in reference to feats of incredible athletic prowess, like when Suni Lee soared in the gymnastics all-around, or when Sifan Hassan, the Dutch runner, tripped and fell on the last lap of her qualifying heat for the 1,500 meters only to get up and win the heat.

We’ve heard it used to describe heart-wrenching emotional moments, like Tamyra Mensah-Stock winning gold in wrestling, bursting into tears on the mat and later revealing that she was going to give most of her prize money to her mother so she could start her own business.

We’ve come to learn that sometimes the Olympics are all about an athlete showing incredible innovation, like gold medalist Jess Fox using a condom — yes, a condom — to repair her kayak. Or all about the quirky, like British diver Tom Daley sitting in the stands and knitting a perfect little pouch for his gold medal.

To some competitors, it turns out, the Olympics are all about the basics and nothing more: “To be able to stand on top of that podium,” said Australian swimmer Emma McKeon after she won gold in the 100-meter freestyle, “that’s what the Olympics is all about.”

To others, the Olympics are about something more visceral: “I think we’re ready for more kick-ass performances,” American Chase Kalisz said after he won gold in the 400-meter individual medley, because “that’s what the Olympics is all about.”

Kalisz, to be fair, may have a point — who isn’t ready for more kick-ass performances? — but these assertions about what the Olympics are all about are not definitive; they can only be added to the larger anthology of what the Olympics have been all about for years.

So what are the Olympics all about, really? Maybe Wolf Wigo, the American water polo player, was right in 2004. Wigo, while talking about how he had given up his full-time job and nearly missed the birth of his child because of the “suffering” he had put himself through in pre-Olympic conditioning, said learning “to push ourselves to the absolute limit” was “what the Olympics are all about.” Or maybe Shane O’Connor, the Irish skier, was correct when he said in 2018 that among competitors “there’s a huge tradition of pin-swapping here” at the Olympics and so, to him, pin-swapping is “what the Olympics are all about.”

The truth, of course, isn’t quite so simple, because none of them is right and they’re all right at the same time. That is the beauty of the Olympics, the enduring grace of a global sports phenomenon that is often criticized (fairly, more often than not) for having become riddled with corruption and money and doping and farce.

The athletes are what save it, and we take from them what we need. We soak in their stories. Their passion. Their honor and wonder and class. Do you remember how you felt when you saw Ahmed Hafnaoui, a Tunisian swimmer, ripping through the pool and shocking everyone — himself included — to claim his country’s first gold medal in the 400-meter freestyle? Or when Qatari high jumper Mutaz Essa Barshim asked an official, “Can there be two golds?” instead of a tiebreaker, and he and Italy’s Gianmarco Tamberi stood next to each other atop the podium?

The Olympics give us that. They give us moments of clarity and depth and breadth. They give us an Australian swimming coach who celebrates like a banshee. They give us a Hungarian sailor who wins a medal despite coming from a country with no sea. They give us a magnificent swimmer from Alaska who captures the world’s imagination. They give us an Indonesian badminton player who thought her career might be over after disqualification from the 2012 Olympics only to win gold nine years later.

They give us a gymnast, the greatest of all time, who moved us forever when she stepped on the mat, yet inspired us even more with the strength she showed stepping off it.

On Sunday, at the closing ceremony, the Olympic flame was passed from Japan to China. The Winter Games in Beijing are only six months away. There will be controversy and consternation over the organization of those Games as well as the execution of those Games and even the basic existence of those Games — again, most of it absolutely deserved — but ultimately, there will be, too, those moments that bring all of us back.

A sprinter stretching for the tape. A wrestler reversing defeat to victory. A diver with seven perfect 10s. A triathlete on his back at the finish line. A heptathlete pushing away a wheelchair, steeling herself and limping across the finish line on her wounded leg.

That is what the Olympics are all about. All of it.