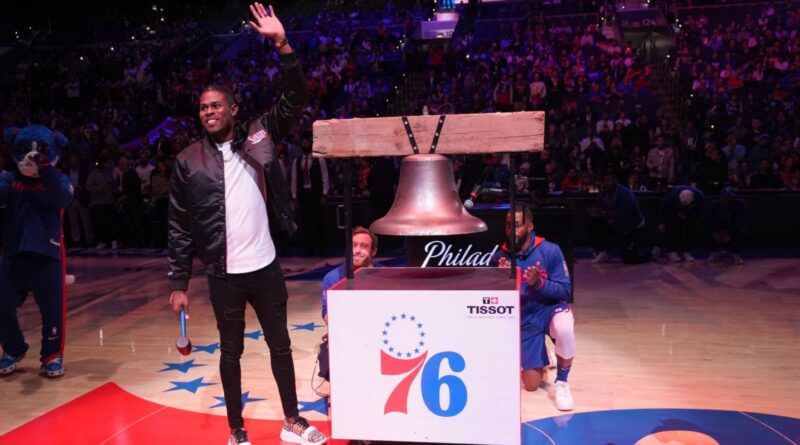 The celebrating woman on the street being interviewed by Rule, a local news reporter, was great for TV but paused as she named the Philadelphia sports teams who are “taking over” in addition to the Phillies, who had clinched the National League pennant that night.

“The Union,” Rule offered, only for her subject to wonder aloud, “Like the blue-collar workers?”

But while the MLS Eastern Conference finalists may not be breaking through with everyone, they definitely feel they’re a crucial part of an exciting moment in Philadelphia sports: The Union are two wins away from a first-ever MLS Cup, hosting New York City FC in a rematch of the 2021 Eastern Conference final on Sunday night; the Phillies are in the World Series, four wins away from their own league title; and the Eagles are undefeated, starting the NFL season 6-0.

“I think Philly sports fans are having a great, great time,” Union midfielder Alejandro Bedoya said this week. “We welcome all new fans, and it’s nice to see us getting some recognition throughout the city as of late. We represent Philly with our team.”

Some fans in town may not know they’re being represented, keeping their focus on the Eagles on Sunday. Others might decamp next weekend for Houston, where the NFC East leaders face the Texans on Thursday Night Football and a potential World Series Game 6 and Game 7 would take place between the Phillies and Astros on the Gulf Coast. But the MLS club know Subaru Park in Chester, Pennsylvania, still will be full of fans backing the Union on Sunday — and potentially for next Saturday’s final.

“It’s been interesting as a Union fan, which has become my No. 1 over the last 12 years the team has been around,” said fan Mike Thomas, who also backs the rest of the city’s teams. “It’s honestly sort of overwhelming. For a while there, I was thinking this will be the Union’s time to shine, but then the Eagles and Phillies came on strong — not complaining by any stretch!”

Neither are the Union, even in a crowded sports town where they’re competing for eyeballs with teams deeply entrenched in the fabric of a city that values its history.

A plethora of homegrown players who have come up through the Union’s strong academy are loving the success the other teams in town are enjoying, and manager Jim Curtin is from Philadelphia. The 43-year-old said he hears comparisons to the early 1980s, a bit before his time, when the Phillies won their first World Series and the Sixers and Flyers were winning conference titles in the NBA and the NHL. His past three Instagram posts are supporting other local teams.

He has worked to foster a collaborative atmosphere among the city’s sports organizations, turning up to games himself and welcoming NBA, NHL, NFL and MLB players to Chester. Union goalkeeper Andre Blake rang the replica Liberty Bell that sounds before Sixers games on Monday after Phillies utility man Edmundo Sosa had banged the Union’s drum ahead of a 1-0 victory against FC Cincinnati in the Eastern Conference semifinals.

Curtin said it’s important to remember his players are normal human beings affected by their environments, not “cyborgs” or “superheroes” without highs and lows. For the manager, it’s impossible for his squad not to feel the energy around the city as the Union and other teams enjoy success.

“When you see Bryce Harper hit that home run, our guys are like, ‘I want to be the guy who scores the big goal so I can get the accolades next.’ In a team way — don’t get it wrong,” Curtin said Thursday in a news conference. “It’s a great energy right now. The city is buzzing for sure. When you walk around it’s all Phillies, Eagles, Union talk. It’s really cool to be a part of.”

The coach gets recognized around town now and says his players do as well, another sign fewer fans are confusing defender Jakob Glesnes or midfielder Jose Martinez with pipefitters or welders.

“I think it speaks to the growth of soccer for sure,” Curtin said. “We’re the new team in town, let’s be honest, but to see it almost be as equals now is something we’ve worked very hard for in this city and something I’m very proud of as the leader of the team.”

No one will want to jinx anything by thinking about back-to-back parade days or what the city would look like should the Union capture MLS Cup the same day the Fightins win the World Series in Game 7 (as many Union players predicted they would).

Yet fewer and fewer fans are needing assistance recognizing their soccer team. Philadelphia is a sports town enjoying a dream run from its baseball team and a hot start from its football team. But the Union are making sure they’re in the picture as well.