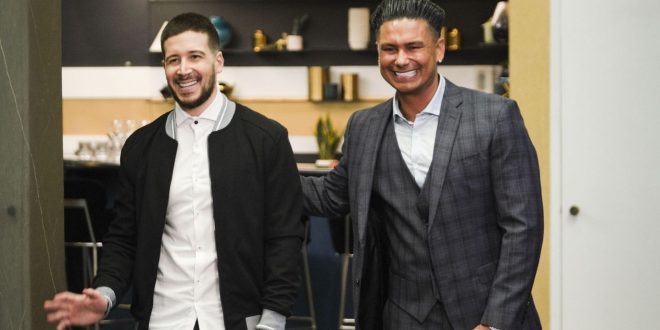 Every buddy deserves a third chance.

Double Shot at Love will return for a third season and is slated to premiere later this year, MTV has announced. And this time, beloved Jersey Shore: Family Vacation bromance pals DJ Pauly D and Vinny will be back to find the perfect match for the latter. You know what they say: Third time’s a charm!

After seeing first-hand how DJ Pauly D and Nikki found love on the show, ultimate bachelor Vinny is ready for someone to capture his heart. DJ Pauly D and Nikki will guide Vin toward finding his own happiness — this time with an insider’s perspective of what it’s like on the other side. Will their one-two punch help Vinny land the perfect match? Whether he finds love or not, one thing is for sure…things are bound to get awk-ward!