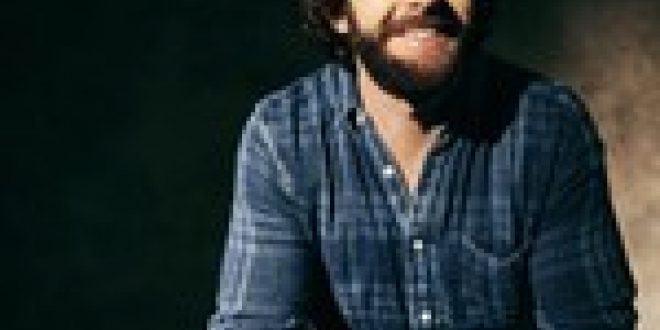 Thomas Rhett Thanks God He’s a Country Boy on New Album, ‘Country Again: Side A’ 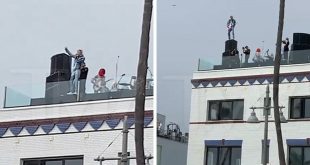 Since signing with the Big Machine Label Group’s Valory imprint a decade ago, Rhett, 31, has demonstrated his versatility by incorporating pop, rock and R&B into his own unique blend. His first four albums have spawned 16 Country Airplay No. 1s and amassed nearly 10 billion streams. But how does last year’s ACM Awards’ entertainer of the year (an honor he shared with Carrie Underwood) think fans will feel about his new traditional direction?

“I’ve made a living throwing curve balls,” he smiles. “I remember when I put [2015’s pop/R&B-leaning] ‘Crash and Burn’ out, I thought, ‘This song could potentially crash and burn on the radio’ — and then it didn’t. It carved out a lane for me. A lot of people ask, ‘How do you feel about kind of moving backwards?’ I don’t really look at it as moving backwards. I look at it this is a progression too. This is the last thing a lot of country fans expected from me. It was just truly where I was when I was writing for this album.”

Rhett’s desire to shift back to a more traditional sound began in 2019. “We were on the [Very Hot Summer] Tour— the last tour we did before everything shut down— and I literally woke up one day and just started to care less about a lot of things I cared a lot about previously. My life just shifted a little bit simpler,” he says.“I just don’t have the same weight that I used to of things that I thought were so important, FOMO being one of them, feeling like if I don’t go do that somebody else is going to or if I don’t make it to this party then I might not get to meet XYZ.”

That fresh perspective is reflected in his new music. “There was a part of me that really just wanted to write with just a guitar from now on, and write on the piano, and get to write with my dad a whole lot more again,” he says of his father, lauded songwriter Rhett Akins. [Thomas Rhett Akins Jr. is named after his dad.] “My dad is on so many songs on this record. I’ve written with dad on every record — but not this much, and so it was nice to just reconnect.”

Produced by Dann Huff and Jesse Frasure, Country Again Side A is Rhett’s fifth studio album — and if it’s not technically a concept album, Rhett calls is the “most cohesive album” he’s made. “‘Country Again’ is not just a song title — it does represent 80-90% of this album,” he explains. “I mean there’s fiddle on seven of these songs and I forgot how much I loved hearing the fiddle being played,” Country Again Side B, which will arrive later this year, continues the theme, Rhett says.

Rhett credits the pandemic for the spate of double and triple country albums — he follows similar efforts by genre stars Morgan Wallen and Eric Church. “People have time for the first time. Every artist, for the last decade, has literally come off the road on a Sunday with their voice shot from being on the road, then coming in and trying to stagger out two songs in the studio, and then go back out on the road and come back and try to sing two more,” he says. “This year, we’ve had time to write, make a record and sing with a healthy voice. You’re going to hear not only some of the best work from a lot of artists, but also the best they’ve ever sounded because they had the chance to sing and not be dead tired from the road.”

Life away from the spotlight has always inspired Rhett’s songwriting and continues to, particularly on such tracks as “To the Guys That Date My Girls,” which he co-wrote with his dad, Will Bundy and Josh Thompson. “That whole idea stemmed from a conversation I had with a buddy in Nashville. He’s got a daughter, I’ve got three of them — and we were just talking about what that moment would be like when somebody does come over to the house to pick them up to take them out. You think you have 100 years before that happens, but it’s going to come sooner than you think,” says Rhett, who shares daughters Willa Gray, Ada James and Lennon Love with wife Lauren Akins. “It’s weird writing a letter to someone you’ve never met before… ‘Hey, this might be a date for you, but this is my whole world right here, so treat her right. Treat her with respect.’”

The album’s closing track, “Ya Heard,” is similarly personal. “A lot of prayers don’t ever get answered the way you think they are going to, but I can look back on these last 10 years and think about three specific things that I prayed really hard for: to find the right woman, to be remotely successful singing and writing songs and to have kids, and all three of those things were given to me,” he says. “That song should be a little ray of hope for people that might be in the waiting period. Whatever you think is going to happen might happen in a bigger way than you can imagine it.”

Rhett and and his wife have become a high-profile celebrity couple. She authored a best-selling book, Live in Love: Growing Together Through Life’s Changes, and they served as co-hosts of CMA Country Christmas last November on ABC. “We don’t have a strategy. It all kind of just happens the way it’s supposed to,” he says of their joint projects. “We’re in baby-raising mode. That’s our No. 1 mission right now.”

Like many acts, Rhett is getting ready to hit the road again. His Center Point Road tour, promoted by Live Nation and booked by WME, kicks off Aug. 13 in Orange Beach, Ala., with openers Cole Swindell and Gabby Barrett.

With his first decade of hit-making behind him, Rhett is excited about the future. “I feel like I’m just getting started,” he says. However, the pandemic also gave him time to think about his life, not just his profession.

“For so long I just put so much stock in [my music career] and it was like if that ever went away, I don’t know what I would do,” he says. “But the longer that it became farther and farther away, it was like, ‘Music — I love it so much and I can’t wait to do it for a long time, but being a dad and a husband are things that you can’t skimp on and if you do, you are just missing it. You are missing very small amazing moments in life when all of your weight is pending on the next bit of success.’ That’s a scary place to live in, because one day it’s not going to be there anymore. I’m going to get old one day and really pray that I soaked in all these moments.”