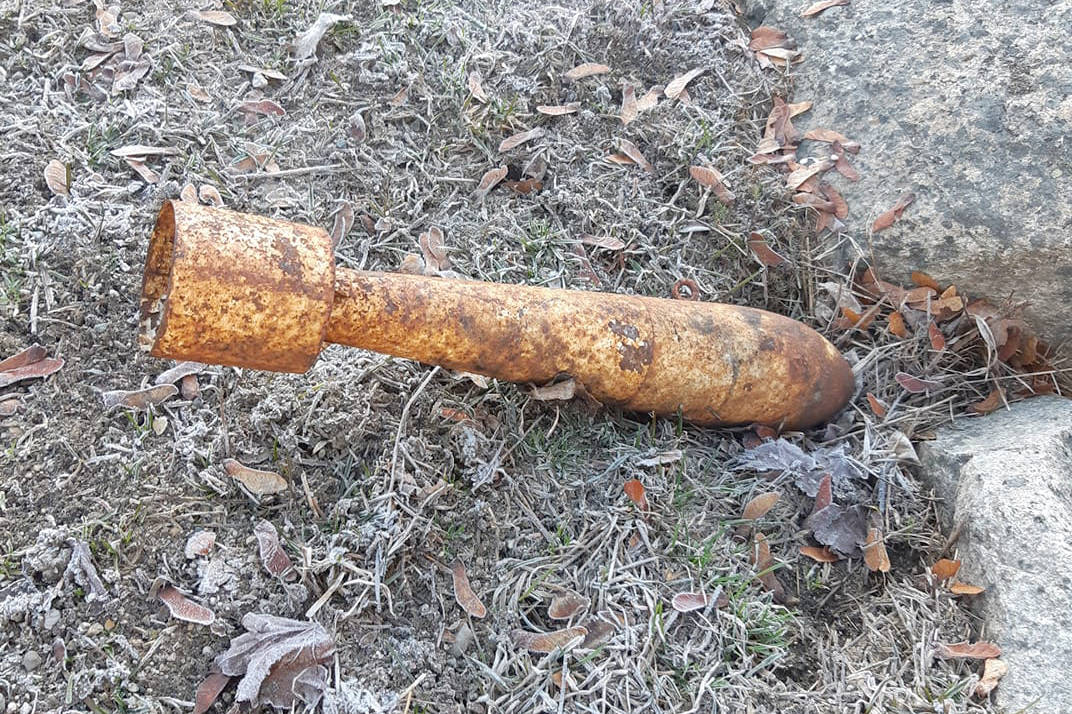 A total of three bombs was discovered today; Tuesday 3rd September at around 5PM at Bugolobi, Luthuli Avenue, Nakawa Division,Kampala, following an old rusty tortoise grenade that was recovered by construction workers.

It’s alleged that the property was abandoned for a long time and one Musisi bought the plot recently. He sent his workers to go and get soil samples in preparation for the planed construction.

“The workers went and while trying to get the samples, they came across a bomb. They informed him and he later contacted Jinja Road Police station, who visited the scene and called Counter Terrorism Bomb squad Unit.” Says Kampala Metropolitan Spokesperson, Patrick Onyango

Counter Terrorism Officers on assessing the area got two others and decided to carry out a controlled explosion on one which was to risky to transport and took two with them.

There were no injuries, no property destroyed and no death registered.