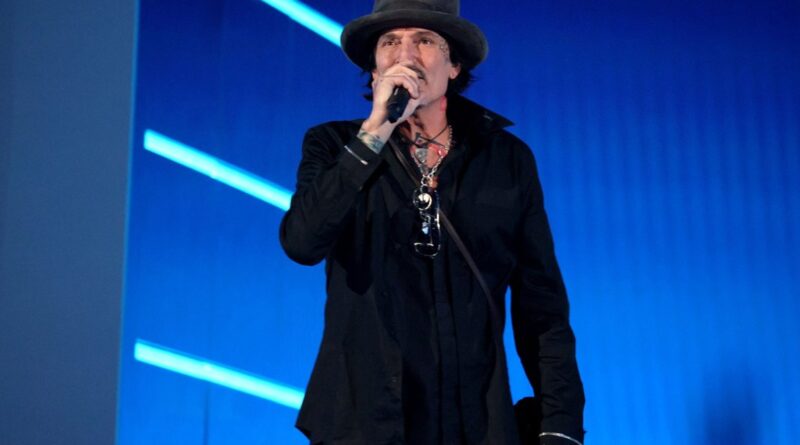 “I have now gone over to place where you can be free as f— and you can show anybody whatever the f— you want,” Lee told fans.

Tommy Lee speaks onstage during the 2021 MTV Video Music Awards at Barclays Center on Sept. 12, 2021 in the Brooklyn borough of New York City.

Tommy Lee has an announcement: You can now find him on OnlyFans.

The drummer ended Mötley Crüe‘s tour with a bang in Las Vegas on Friday (Sept. 9), using the stage as a platform to reveal his news to fans.

“Should we play a little game of I’ll show you mine, you show me yours?” he joked with the audience at Vegas’ Allegiant Stadium.

“I already won,” he reminded fans. “I showed you my s—. They took it down, off the internet.”

Lee was, of course, referencing the full-frontal nude photo he released to the world via social media in August, which went viral but was removed from Instagram and Facebook. He later explained that the picture had been the result of going “on a motherf—ing bender” during a break from tour.

“Well, what I’ve done is I have now gone over to place where you can be free as f— and you can show anybody whatever the f— you want and they don’t f—ing take it down. So f—ing suck it. Boom!” Lee said in his update at Friday night’s show, pulling down his pants to show the world his butt covered with the words “ONLY FANS.”