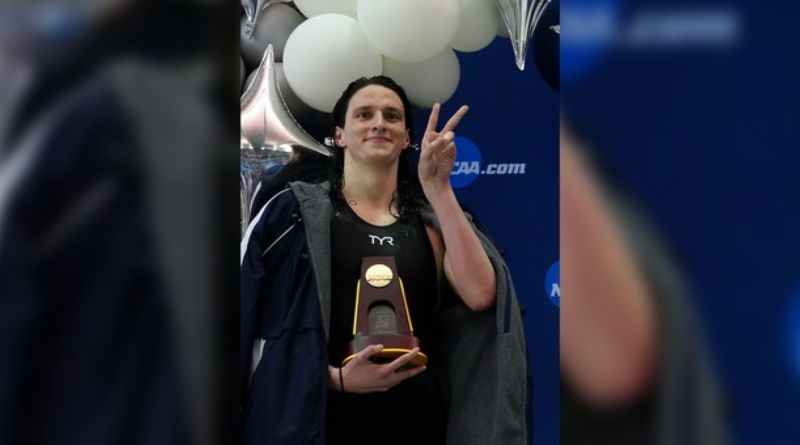 Lia Thomas, a biologically male “transgender” swimmer who recently defeated a bunch of biologically female women to win the NCAA women’s swimming championship, had big aspirations after leaving the University of Pennsylvania. That included dreams of crushing physically disadvantaged women at the Olympics.

But a new ruling by FINA, the international body that governs women’s swimming, has put a brick wall up in Thomas’s career path.

“If you transition after the start of puberty, you have an advantage, which is unfair,” the spokesperson for FINA says. https://t.co/PC7Vwgm4Cs

FINA members at the organization’s extraordinary general congress voted 71.5% in favor of its new “gender inclusion policy” that only permits swimmers who transitioned before age 12 to compete in women’s events.

“This is not saying that people are encouraged to transition by the age of 12. It’s what the scientists are saying, that if you transition after the start of puberty, you have an advantage, which is unfair,” James Pearce, who is the spokesperson for FINA president Husain Al-Musallam, told The Associated Press.

I hesitate to even praise this ruling that much because it’s still objectively dumb by normal standards. The fact that a male “transitions” before puberty doesn’t make them any less of a male, nor does it eliminate all the biological advantages that come with that. Still, it’s good to see some semblance of sanity peek through.

The idea that a fully formed male such as Thomas has been able to compete against women to this point is just nuts. This is a person who suddenly decided they are a “woman” just a few years ago. When you see Thomas, the physical dominance is staggering, and the NCAA should be ashamed of itself for letting this go on.

That it took an international body to finally make this decision isn’t comforting either. If the situation had been left in the hands of just Americans (such as the NCAA), Thomas would have been allowed to keep abusing the system and the sport. There’s some irony in the fact that it was a bunch of Eurotrash bureaucrats that did the right thing.

Returning to the details, Thomas can still swim against other males or he can choose to swim in what is described as a new “open” division, which will presumably cater to those who consider themselves transgender. That’s the right call, in my opinion. There was no way this charade could be allowed to keep going, and Thomas is welcome to keep swimming. What Thomas isn’t welcome to do is destroy the sport of women’s swimming by winning gold medals against a bunch of 130-pound females.