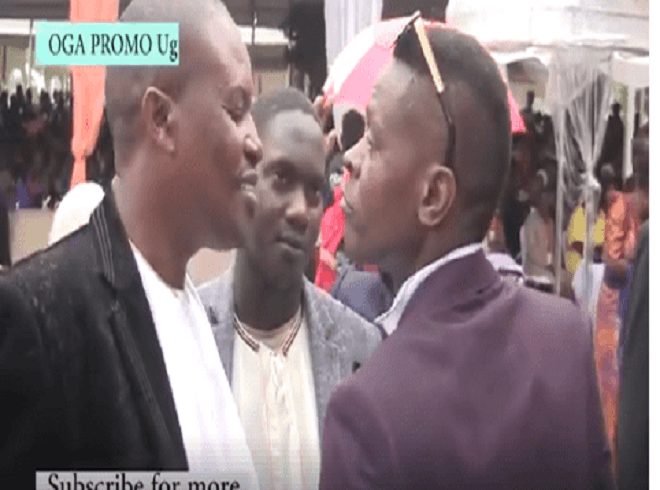 Bukedde Tv presenter and journalist Josephat Sseguya just survived being beaten by singer Jose Chameleone who was apparently not happy with the lad.

This all happened in Luwero at Catherine Kusasira and Fred Serugga’s introduction ceremony when a drunk Chameleone appeared at the event and confronted Josephat asking him  why he was always on his case.

Apparently Chameleone was not happy with what Sseguya has always been speaking about him on his gossip show spotting out when Sseguya hit on Chameleone for letting his underage sons drive around Entebbe Express.

The however reached an agreement and came back to the event happy.