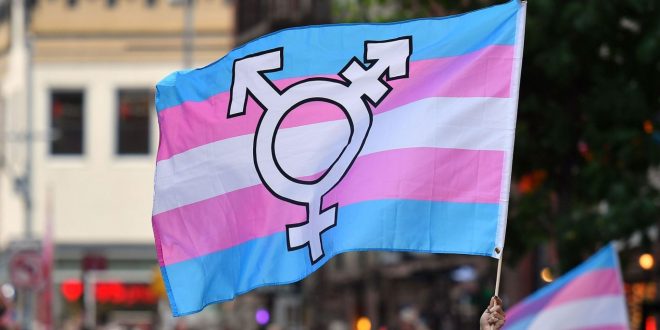 On April 6, Arkansas became the first state to pass legislation that would ban transgender youth from receiving gender-affirming care, despite the bill being vetoed by the state’s governor who called it “over broad” and “extreme.” A study by UCLA’s Williams Institute published on Tuesday (April 13) reported that, with a wave of transphobic legislation spreading across the country this year, at least 45,100 trans children are at risk of losing access to their health care.

The study reported that in 2021 alone 21 states introduced bills that attempt to thwart trans youth from receiving gender-affirming care, even though a Trevor Project study last year showed that it has been shown to “improve mental health” among trans and nonbinary minors. In addition to Arkansas, there are currently nine other states that are considering prohibiting it: Alabama, Florida, Louisiana, Missouri, Montana, North Carolina, South Carolina, Tennessee, and Texas. Most of the bills introduced in these states would make it illegal for medical providers to provide such care, like hormone therapy, to trans people under the age of 18.

Speaking at a Zoom event, actress and activist Laverne Cox condemned the Arkansas bill, saying: “Any decision about the health care, about trans youth, should be between that trans youth, their parent, and their doctor. The government should have no place with these decisions.”

The issues stretch beyond those who are receiving care, too. In Texas, parents who support their child’s transition could face up to 10 years in prison and even have their custody revoked. Other bills, as in Alabama, include measures that could penalize teachers who don’t inform parents about information “related to a minor’s perception that his or her gender is inconsistent with his or her sex,” which has the potential to endanger children by outing them to families that are not welcoming or educated about LGBTQ+ issues. Meanwhile, multiple bills target trans athletes, like those in Arizona and in Texas, which would prohibit trans students to play on sports teams that do not reflect the gender they were assigned at birth. Arkansas, Tennessee, and Mississippi have already signed similar laws into effect.

In response to the surge of anti-trans legislation this year, over 1,500 parents of trans children banded together with the Human Rights Campaign’s Parents for Transgender Equality National Council to release a letter on April 12 that demands politicians stand up and vote against transphobic bills in their states. “Transgender kids all across the country are listening to what you say and watching what you do. The act of writing bills like this, holding hearings, and later casting votes sends a direct message to them: ‘You aren’t real to us. We don’t believe you when you tell us who you are,’” the parents wrote. “Transgender folks are so tired, tired of fighting for their existence. And parents like us are tired of begging you to see our kids and treat them as full and equal members of society.”

The letter also maintains that transgender children “deserve the ability to play organized sports” and have access to medically necessary care, like all other children. “Legislators must realize the seriousness of this issue and remember that they were elected to lead — not call into question whether certain children have the right to exist, to be happy, or to live authentically,” they wrote.