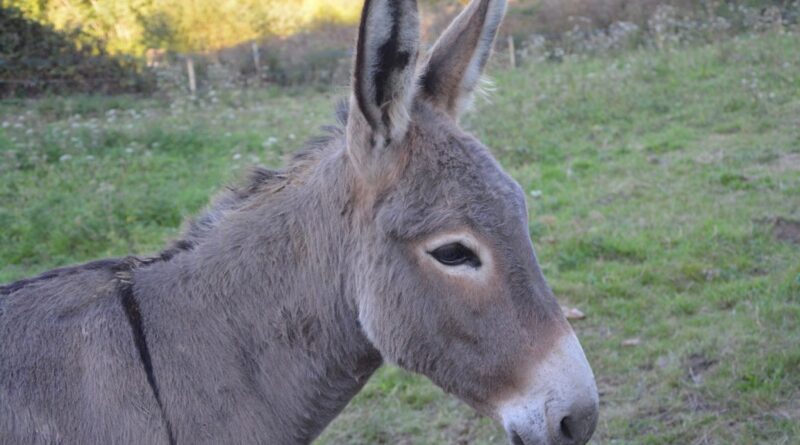 The trafficking of donkey skin to meet Asia’s growing demand is wiping out the local animal population.

Donkeys are prized in West African communities as a valuable source of income and transport. But the animals are increasingly targeted by transnational organised criminal groups that profit from lax law enforcement, a ready West African supply and continual demand from Asia.

The trafficking is driven by a growing demand, especially from China, where donkey skin is believed to have sought-after benefits. Gelatine, also called donkey-hide glue or ejiao, is extracted from the skin and processed for traditional medicine and other products. It is used as an aphrodisiac, an ingredient in cosmetics, and for curing ailments such as anaemia, dry cough, chronic fatigue and symptoms of menopause.

China’s domestic donkey population dropped from 11 million in the 1990s to six million in 2013. With high local market demand of over four million donkey skins a year, traders have turned their attention to Africa.

With high Chinese demand of over four million donkey skins a year, traders have turned to Africa

In Mali, a Chinese company is reportedly slaughtering 300 donkeys daily and exporting their skins to China. In Burkina Faso, around 19 tonnes of skin were exported to China between October 2015 and January 2016.

Donkeys are killed cruelly, often with a hammer or a dagger. Social media platforms provide traders with anonymity and secure communication channels that connect buyers with traffickers.

According to Simon Pope, tactical response lead at The Donkey Sanctuary in the United Kingdom, ‘Donkey skin trafficking in West Africa has large regional ramifications in which Ghana plays a key role. Donkeys can be transported from as far as North Africa, Chad and Cameroon, through Burkina Faso, where a large market exists.

‘From there, donkeys are transported to Ghana where they are slaughtered. It is estimated that 100 000 donkeys are slaughtered there every year, and their skins exported to China and Hong Kong.’ Pope says that while ‘two years ago, a donkey would be sold for US$20 and its skin bought for US$150 in West Africa, the price of the skin has rocketed to US$800 in China.’

Pope says Benin appears to have either acted or been appropriated as a laundering station for donkey skins from Brazil, which has a ban in place. Between 2018 and 2019, several containers with salted donkey skins were shipped from Salvador to Tchongpei, a Benin-based agro-supply company. Tchongpei is registered on China’s customs database as an exporter of animal skins, and claims a maximum processing capacity of 300 000 donkey hides annually.

Pope told the ENACT project that between March 2019 and June 2020, Tchongpei made several shipments of ‘animal blood, dead animals and inedible meat’ to a company in China. This is despite a 2016 edict by the Economic Community of West African States (ECOWAS) that member countries should not slaughter or export donkeys for trade.

In 2016, the heads of veterinary services from all ECOWAS countries signed a memorandum of understanding (MoU) restricting the trade in donkey skins. It prohibits vets in West Africa from issuing permits for the movement or slaughter of donkeys and the export of donkey products. But since the MoU isn’t law, it isn’t enforceable. That means donkey meat can be seized, but those who violate the ban cannot be prosecuted.

Countries like Niger and Burkina Faso have forbidden the slaughter of donkeys and the export of the animal, its meat and skin. But this isn’t enough to stop their trafficking in West Africa generally.

Pope says that ‘While some West African countries such as Senegal have taken some measures to curb the trafficking of donkeys, Ghana remains silent. While on paper Accra has put in place some law enforcement, this is never applied … There are just a handful of records of donkey skin and meat exports from Ghana to China, the most recent in 2021.’

The mass killings of donkeys have dramatic societal consequences in West Africa. The animals are a source of income and a means of transporting people and goods in rural and urban areas. Women rely on them to collect water and other goods, and without donkeys, children often miss school to help their parents with domestic chores. Many parents cannot afford school fees due to the loss of income caused by donkey trafficking.

The trade can also spread disease. The unregulated movement of donkeys for their skins is reportedly responsible for an illness that resembles equine influenza.

Much needs to be done to turn this growing tide. West African populations must be made aware of the negative social and economic consequences of the transnational donkey skin trade. Local civil society organisations are well positioned to publicise the dangers of donkey trafficking and lobby their respective governments to ban the import of ejiao.

To reduce demand, awareness must also be raised among ejiao consumers. Laboratory-grown ‘humane’ donkey collagen could be more widely manufactured and sold. Early market research shows about 60% of ejiao users would be willing to try this product. Although the technology has been developed, the market remains untapped.

This article was first published by ENACT