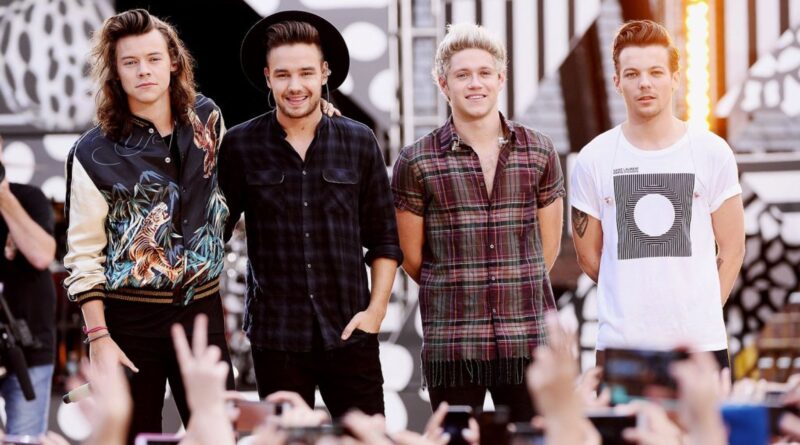 One Direction is back in the headlines in a big way, with the release of Harry Styles‘ blockbuster third album Harry’s House and Liam Payne‘s controversial interview with Logan Paul, during which he aired some dirty laundry from his boy-band days. All this 1D talk has us wondering: What might the future hold for the group?

On the latest episode of the Billboard Pop Shop Podcast, Katie & Keith are talking all about the potential of a One Direction reunion and what it could look like. But that’s not all: We’re also talking about some other groups who have broken up or gone on hiatus that we would love to see back together again some day.

Who makes our wish list? Listen to the podcast below to find out.

Also on the show, we’ve got chart news on how Kate Bush gets her first top 10 hit ever on the Billboard Hot 100 songs chart with “Running Up That Hill (A Deal With God)” following the 1985 song’s prominent use in the latest season of Stranger Things and how Def Leppard lands a fifth straight decade of top 10 albums on the Billboard 200 chart, as the rock band’s newest release Diamond Star Halos debuts at No. 10 on the tally.

The Billboard Pop Shop Podcast is your one-stop shop for all things pop on Billboard‘s weekly charts. You can always count on a lively discussion about the latest pop news, fun chart stats and stories, new music, and guest interviews with music stars and folks from the world of pop. Casual pop fans and chart junkies can hear Billboard‘s executive digital director, West Coast, Katie Atkinson and Billboard’s senior director of charts Keith Caulfield every week on the podcast, which can be streamed on Billboard.com or downloaded in Apple Podcasts or your favorite podcast provider. (Click here to listen to the previous edition of the show on Billboard.com.)