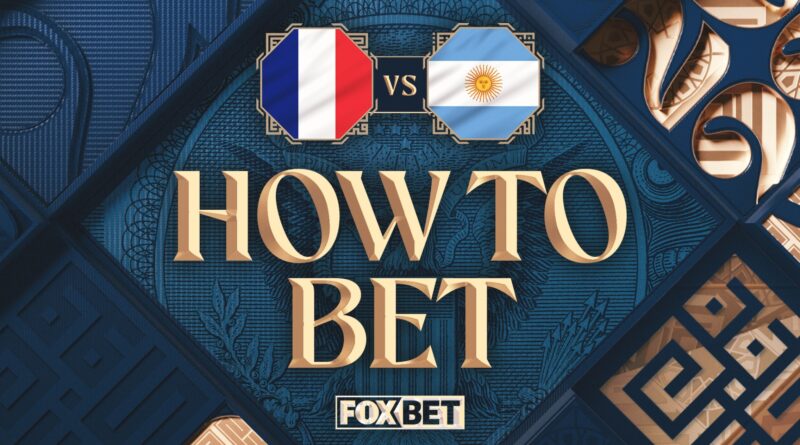 France and Kylian Mbappé are one win away from becoming the first repeat World Cup champion since Brazil — which had a player named Pelé — did it in 1958-62.

Argentina’s Lionel Messi is one win away from just about the only soccer achievement to elude the seven-time Ballon d’Or winner.

Which of the teammates for Ligue 1 side Paris Saint-Germain do you have earning soccer’s ultimate prize Sunday at Lusail Iconic Stadium, Lusail, Qatar?

You can catch all the action on FOX and the FOX Sports App, and coverage starts at 9 a.m. ET.

This will be the fourth meeting between the countries in the World Cup. France eliminated Argentina in the round of 16 in 2018, and La Albiceleste (“white and sky blue”) won the other meetings in 1978 and 1930.

Not surprisingly, the finalists have the tournament co-leaders in goals (five), Messi and Mbappé. The French superstar is the current favorite to win the Golden Boot award, given to the tournament leader in goals.

Messi leads the tournament with five goals and three assists. Leo is also currently the favorite to take home the Golden Ball award, given to the tournament’s MVP.

As for the other key players on both teams, Manchester City forward Julian Alvarez has four goals for Argentina.

Tottenham Hotspur and France goalkeeper Hugo Lloris has one clean sheet and has made 10 saves while allowing four goals.

France comes into the big match as a small favorite.

Here’s how to bet the Argentina-France World Cup final, from the moneyline, draw, Over/Under total odds and expert picks (all odds via FOX Bet):

It feels like a passing of the torch World Cup final. Lionel Messi, playing in his last World Cup game, wins the only trophy lacking from his showcase, and the world watches him hand the mantle of best soccer player in the world to France’s Kylian Mbappé.

I have futures bets on Argentina from this article and this one, so my rooting interest is clear. It also comes with concern. The last time these two teams met in 2018, Mbappé was unstoppable, embarrassing the Argentina defense with speed, scoring two goals and drawing a foul in the box, setting up a PK that was converted by Antoine Griezmann. France would go on to win the World Cup.

It is now attempting to become the first country since Brazil (1958 and 1962) to win back-to-back World Cups. France is a slight favorite (-125), but there’s no question Argentina has been more formidable in the knockout stages. Bidding to become the second team to win the World Cup after losing its first game (Spain, 2010), Argentina has only given up two goals since the opener and one own goal (Australia). And Argentina hasn’t trailed since the Saudi Arabia defeat.

France has the edge in creators with Mbappé, Aurelien Tchouameni, Ousmane Dembele, plus the mastermind of the offense, Antoine Griezmann. And reports claim they will have the services of scoring machine Karim Benzema, who is returning from an injury and training with Real Madrid.

First half draw (+100) has to be under consideration, with the weight of the World Cup hanging in the balance and neither team wanting to make a mistake — similar to betting the under point total in the first quarter of the Super Bowl.

Two of the last seven World Cups have ended in penalties (1994 and 2006, both featuring defensive-minded Italy), and two others have gone overtime. These two teams are virtually evenly matched, and “will there be overtime (+190)” will be a ticket I’m holding.

If you want to try to repeat the semifinal hit of Lionel Messi to score the first goal, it currently sits at +475. Remember, if there is a penalty kick, it’ll be his attempt.

The best action play has to be Argentina winning on penalties (+550).