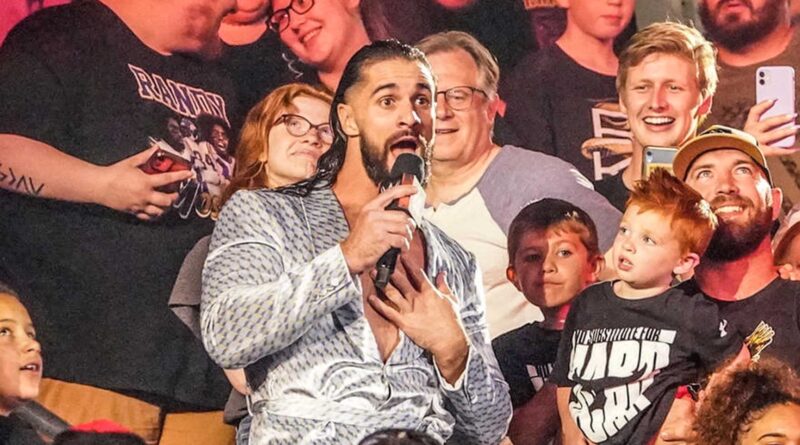 The feud between Cody Rhodes and Seth Rollins escalated to an all-time high this week on WWE Raw.

Welcome back to another Raw roundup, this time covering the Memorial Day episode featuring a much-needed promo from Rollins, more build in the Raw Women’s title program and Liv Morgan getting a big win.

Here’s a recap of the match results:

– Bianca Belair defeated Asuka via pinfall after reversing a cradle

– Mustafa Ali defeated Ciampa via disqualification after an attack from Theory, earning him a United States title shot

Moment of the night: Seth Rollins brings the heat

At the end last week’s Raw roundup, I questioned if Rhodes vs. Rollins was running out of steam heading into Hell in a Cell.

Thankfully, those concerns were alleviated Monday following a stellar promo from Seth Rollins.

It was intense, dramatic and even crossed company lines with subtle references to Cody’s time in rival promotion AEW.

The WWE Universe got up close and personal as Seth Rollins and Cody Rhodes brawled into the crowd during an intense fight on Monday Night Raw.

For those who missed it, Rollins said Cody and “his little friends” tried tearing down everything he had built in WWE — a reference being one of All Elite Wrestling’s founders — and mentioned the famous moment when Rhodes smashed a Triple H-like throne on pay-per-view.

It was also nice to see former WWE star Curtis Axel on TV again, as he was one of the agents who came out to break up their fight.

Becky Lynch made her mark on Monday Night Raw by attacking both Bianca Belair and Asuka as they faced off ahead of their Triple Threat Match.

The three women involved in the Raw Women’s title program have been putting on great matches leading up to Hell in a Cell. The match between Asuka and Bianca Belair was no exception on Monday.

The finish was also unique enough to not have Asuka looking weak heading into Sunday’s triple threat title match, which was smart.

Mustafa Ali earned another United States title match at Hell in a Cell.

I’d love to see him leave with the belt.

Liv Morgan got a nice win over Rhea Ripley in the main event, and both competitors ultimately came out looking good in the end.

Lingering question: Is Raw suffering without a top titleholder?

Ever since the WWE Championship was unified with the Universal title, Raw has felt like it’s been missing a top prize.

Without a world title on the show, what is everyone there for?

Don’t forget to follow all your favorite WWE Superstars and shows in the FOX Sports app to receive alerts on what they’re doing and more.