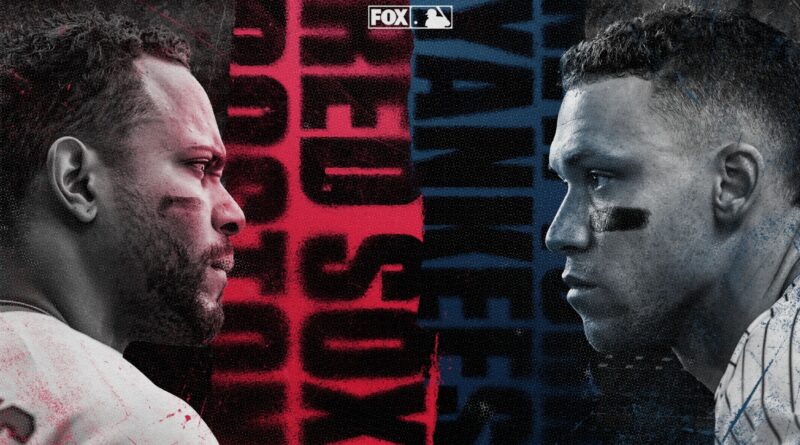 BOSTON — It was a game the Yankees easily could have lost.

A late, overnight flight from Pittsburgh. Aaron Judge out of the lineup due to lower-body soreness. Two Rafael Devers homers off Gerrit Cole.

In their first trip to Boston this year, in front of a sold-out Fenway crowd on a delightful Thursday evening, the Yankees improved to a mind-boggling 60-23 with a 6-5 victory. They are now 15 games clear of the Red Sox. At this point, only a catastrophe of historical proportions could knock them off course as they march to their first division crown since 2019.

The last time the Yankees left the oldest stadium in MLB, they’d just dropped the 2021 wild-card game with a limp, fizz-less performance. Boston went on to upset Tampa Bay in an unforgettable ALDS showdown. The Yankees went on vacation.

But almost nine months to the day later, they returned to Fenway a different beast, a group revamped, revived, refocused.

That Cole, the highest-paid pitcher in the known universe, out-pitched a rookie hurler named Josh Winckowski in his sixth career start was not particularly shocking, but the journey to New York’s victory was a truly great watch.

Winckowski dodged a big hammer blow the first time through the order, keeping the Judge-less lineup off-balance enough to post zeroes in each of the first two frames. But in the top of the third, with two outs and the pond full of ducks, Josh Donaldson took a sinker over the fence in dead center for a grand salami to give the Yanks a 4-0 lead.

A pitch later, Aaron Hicks added to the party with a solo shot of his own.

At that point, things seemed done and dusted. Cole on the mound with a five-run lead, and the Sox forced to squeeze 18 more outs from a tired Winckowski and the bullpen? Pack it up. See you tomorrow.

But in the bottom of the third, Devers, the baby-faced wizard with more bat speed than Dracula and a smile that would make Chip Skylark proud, reached for a slider down by his shins and lurched it deep and gone to right.

That was the 25-year-old third baseman’s fifth career bomb off the Yankees’ ace, but he wasn’t finished. After Boston gifted New York a run in the top of the fifth on a dropped pop-up by first baseman Franchy Cordero, Devers stepped to the dish with two runners on and two out in the bottom of the inning.

Another off-speed pitch below the zone, another big fly for the big kid with the big grin. It was Devers’ 19th of the year and sixth off Cole since the start of last season. Fenway erupted, Cole walked the next hitter, and it felt like the entire house of cards was about to collapse on the Yankees.

For about three minutes, the Yankees’ 14-game lead in the division felt half that size. Then Cole set Xander Bogaerts down on strikes to end the frame. The crowd died down, and the Sox didn’t threaten again.

New York’s bullpen has been spectacular all season, and Thursday was no different. Four outs from Wandy Peralta, two from Michael King and the last three from best-closer-in-the-world Clay Holmes. Ho hum.

Peralta and King were so dominant that the top of the Boston order never got back up to the plate. There was no final hurrah, no last gasp from the Red Sox’s lineup. Devers watched the game’s final play from the dugout.

Tomorrow, Aaron Judge will get to play, too. Another day in Yankeeland.