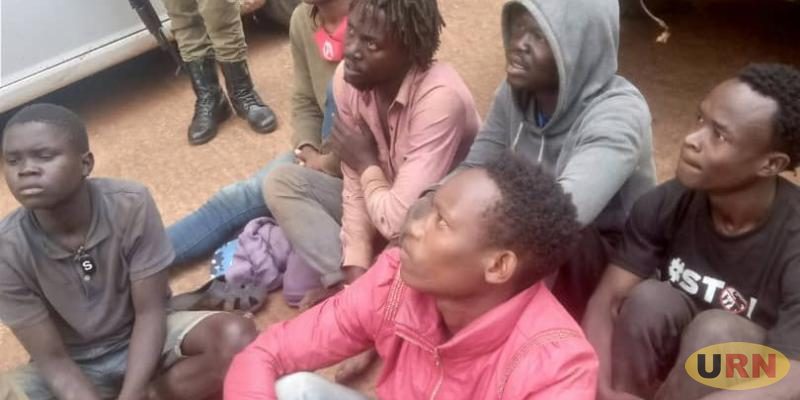 Some CCTV cameras in the Central Business District were smashed with stones by rioters during demonstrations that rocked Kampala City, Wakiso, Mukono and other parts of the country.

The security team based their investigations on images that were captured by CCTVs. Kampala Central Police Station –CPS operations commander, Ivan Nduhura, commanded the team that has arrested the suspects.

“The one who mobilised Kifeesi to destroy our CCTV cameras in Kisekka is called Sseka and we have just arrested him. Trust me we will eventually arrest whoever has been behind the unrest in CBD,” Nduhura said.

Over 50 people are believed to have been killed in the protests that started on Wednesday after news regarding the arrest of Kyagulanyi went viral. Kyagulanyi was arrested by police under the command of former Kampala metropolitan police chief,  Frank Mwesigwa.

Police accused Kyagulanyi of violating Standard Operating Procedures –SOPs intended to control the spread of Covid19. Ministry of health and Electoral Commission restricted the number of people supposed to attend political rallies to 200 but Kyagulanyi has allegedly been holding massive assemblies.

Kyagulanyi was arraigned in Iganga court on Friday and charged with doing an act likely to spread infectious disease. He was later granted a non-cash bail of 1 Million Shillings.

Security Minister, Gen Elly Tumwine, has since warned protesters that they should be prepared for the consequences.

On Friday, security personnel arrested over 40 people suspected to have attacked and injured 11 police officers including the commander of Nakivubo Police Post Consulate Kasule. Kasule was attacked by two men dressed in red and green. Police have already arrested Kasule’s attacker who has been identified as Ashraf and Benson Kasozi.