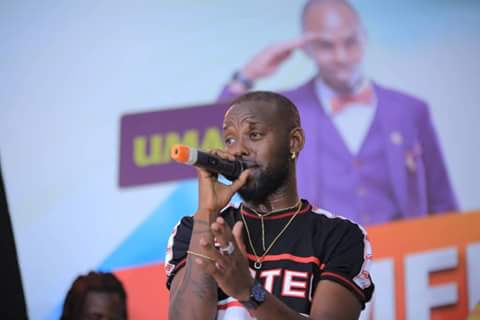 Musician Eddy Kenzo has joined several other voices to comment about the incident at the Swangz Allstar concert where Bebe Cool was stoned and bottles were thrown at him forcing him offstage.

This is what Eddy Kenzo had to say, Arrogance leads to disaster, sometimes it’s better not to be your own master.
Sorry muzukulu we need freedom not money right now.

In sime terms Eddy Kenzo is advising Bebe Cool to learn to control himself as well as focus more on “freedom” other than the money he earns whenever he does public relations for ruling government.