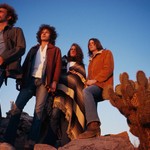 “We are incredibly honored to be doing these Eagles records,” says Josh Bizar, vp Mobile Fidelity Sound Lab. The label, which has the approval of the band as well as Rhino, is working with Eagles catalog curator Richard F. W. Davis.

As far as the price, which is typical for Mobile Fidelity’s “Ultradisc One-Step” products, “people will pay more for a quality product,” Bizar says. The label generally presses limited amounts of records – the first two Eagles releases are limited to 7,500 copies each – which tend to sell out.

Audiophiles of a certain age will recognize Mobile Fidelity products by the text “Original Master Recording” that runs across the top of its releases, and it has sold high-end reissues of albums it licenses from labels and other rightsholders since the seventies. In 1999, Mobile Fidelity was purchased by entrepreneur Jim Davis, who also owns MusicDirect, an online store that sells high-end stereo equipment, as well records and CDs.

Over the past decade, as vinyl grew into a substantial business, Mobile Fidelity has been selling reissues on vinyl and audiophile SACDs – mostly of classic rock acts like Bob Dylan, the Grateful Dead, Dire Straits, and others. Although the label tends to reissue artistically significant albums, few of the acts it works with are as popular as the Eagles.

“We try to get to 36 releases a year,” Bizar says. “Like everyone who wants to make records, we’re limited by the amount that can be pressed.”

Mobile Fidelity’s Ultradisc One-Step products are further limited by the way they’re pressed. Most vinyl is mastered to a laquer disc, which is used to make a “mother,” which in turn is used to make stampers that press heated vinyl into records. But “from laquer to mother to stamper, you lose some detail,” Bizar says. Mobile Fidelity makes its Ultradisc releases by creating a “convert” from the laquer that stamps discs directly but can only be used so many times before it wears out.